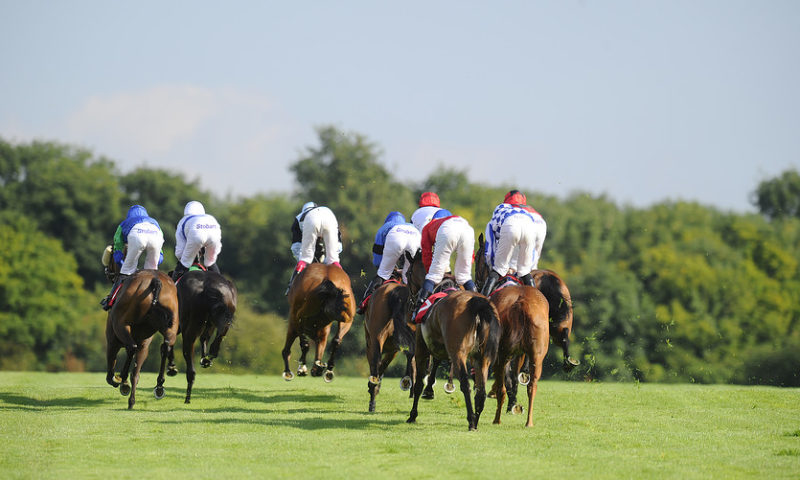 After days of dull stock action, we’re seeing signs of life as earnings season kicks off.

China blasted out pretty upbeat exports data Friday, setting the tone for what could be an upbeat day, helped by upbeat results out of J.P. Morgan and Wells Fargo.

The S&P barely budged this week ahead of earnings season as investors avoided taking risks – the index is up 15% so far this year. “That being said, nobody is rushing to the exits looking to lock in the big gains either,” notes Michael O’Rourke, chief market strategist at JonesTrading.

Liz Young, director of market strategy at BNY Mellon, is among those who are a bit unsettled by how far and fast equities have risen this year. But in our call of the day, she maintains this isn’t a moment for investors to “head for the hills.”

“What’s making me nervous about [the stock rally] is that we seem to be ignoring some of the risks that still remain,” Young told MarketWatch in an interview. Unanswered questions remain over whether we’ll get an earnings recession, a potential U.S.-China trade deal and Brexit resolved, she said.

A trade deal would be one big catalyst for stock buyers, along with upbeat earnings news, said Young. As for the latter, she said if more than the average 70% of S&P 500 companies beat earnings forecasts, this would be a positive, especially if they are in economically sensitive sectors such as industrials, and those that cater to consumers, along with financials.

Young isn’t scared of a correction itself, even as she says recent markets activity has her thinking the chances of a pullback are more likely.

“At the beginning of the year [the rally] was healthy and broad…rather than just the same stocks and narrow leadership,” she said. But lately, more “animal spirits” have been creeping in, she says, in reference to herd-like behavior as investors, worried about missing out on gains, have poured money into tech stocks.

“That’s the kind of rally that feels frothy and the risk of retracement is higher than it was earlier in the year,” she said.

As for how much the market might retreat, Young calculates that each year stocks see a pullback of 10% on average from a recent high, so that ballpark wouldn’t be a big worry. And even a minor pullback of 5% to 7% would still leave the S&P 500 retaining a chunk of its gains this year.

“The reason that’s important to know is if we don’t see a recession coming and we have a pullback of 10% to 15%, that’s a buying opportunity,” said Young.

Europe stocks SXXP, +0.16%  are higher. Asian equities were a mixed bag, with a gain for the Nikkei NIK, +0.73% while China stocks SHCOMP, -0.04%  pared after data on trade and stronger lending to banks.

Overly bullish stock investors may be pushing this market toward a pullback, says our chart of the day, from Hedge Fund Tips blogger T.J. Hayes.

Hayes points to the recent weekly American Association of Individual Investors Sentiment Survey, which shows bullishness among investors has now pushed past 40%, a level that “usually marks market reversals,” as bearishness collapses. His S&P 500 chart below denotes with a red line three other past instances (October and November of 2018, March 2019) when that sentiment level was higher than 40%. As you can see, pullbacks normally followed.

Disney DIS, +11.54% shares are up after rolling out its new entertainment streaming service, which will go live by November for $6.99 a month. That’s about half the cost of a basic Netflix NFLX, -4.49% subscription, and the streamer’s shares are down.

Electric-car maker Tesla TSLA, -0.27% says it will no longer sell the cheaper $35,000 version of its Model 3 online. Meanwhile, SpaceX, chiefed by Tesla CEO Elon Musk, blasted off Thursday with its first paying customer, recovering all three of its rocket boosters safely.

Ride-hailing app Uber has finally filed for one of the most hotly awaited IPOs since Facebook.

Potential Fed nominee Herman Cain may pull his name for consideration, says a report, as several Republicans say they won’t support him.

On the economic beat, import prices rose, but it was all about fuel costs. Consumer sentiment data is still to come.

“I do think it’s ironic that he may be the only foreigner that this administration would welcome to the U.S.” — That was former first lady Hillary Clinton on WikiLeaks founder Julian Assange, who published emails stolen from her campaign and the Democratic National Committee in 2016. Assange was arrested by the U.K. police on Thursday.