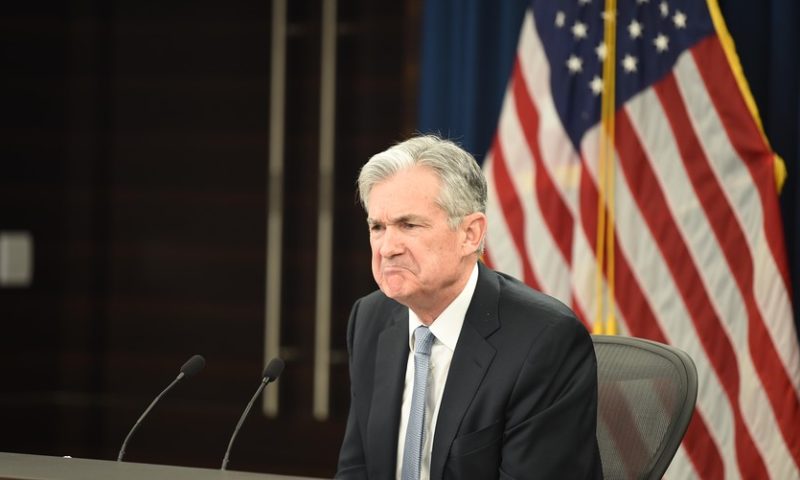 Following the speech in which the central banker said that interest rates were “just below” the range of rates considered neutral, the Dow Jones Industrial Average DJIA, +0.79% soared 600 points, with both the blue-chip index and S&P 500 index SPX, +0.82% notching their best single-day percentage gains since March.

“The market interpreted those comments as saying, ‘Whatever you’re expectations were for rate hikes next year, revise them down,’ ” said Petra Bakosova, chief operating officer of Hull Tactical Asset Allocation, in an interview with MarketWatch. “Staying in the stock market has now become more attractive.”

But if Powell’s words make stocks more attractive in the short term, they also introduce a degree of uncertainty toward future Fed policy that hasn’t been seen for several years.

“The Fed’s tone has shifted from ‘We know what the economic data is saying’ to ‘We only kind of know what the data is saying, and we may or may not want to keep raising rates,’ ” Thomas Martin, senior portfolio manager with Globalt Investments, told MarketWatch.

The Federal Reserve’s increasingly obvious lack of conviction regarding the state of the U.S. economy will likely keep volatility elevated in December and into the new year, Martin said. Meanwhile, it will only increase investors’ focus on the data they see as informing the Fed’s decision making.

“At the margin, it increases the focus on the unemployment rate, the participation rate, the wage-growth number, and unit labor costs,” Martin said, adding that this data can be “choppy” and noise-ridden, further inviting increased volatility.

Some investors are even questioning whether Powell’s speech was really even as dovish as the market seemed to conclude. Ryan Nauman, market strategist with Informa Financial Intelligence, pointed out that because the Fed’s estimated range of what constitutes a “neutral rate” is so wide, once can interpret these comments as being fully consistent with three rate hikes next year, a possibility that the market is discounting, according to fed funds futures contracts.

“When you look at the speech again, it looks like that 600-point rally was overdone,” he said.

Uncertainty over Fed policy is also dovetailing with growing concerns about the sustainability of the current economic expansion to help contribute to a steady climb in volatility VIX, -3.83% in recent weeks, trends that show no signs of abating.

Investors are expressing this concern by getting defensive, as evidenced by sector performance in November, when the S&P 500’s 1.8% gain was powered by a 6.8% increase in health-care stocks, whereas the erstwhile market leader, information technology, fell by 2.1%, making it among the worst performer among 11 S&P sectors, according to FactSet.

“We’ve seen a shift in leadership from the high-growth stocks to the more high-quality value stocks,” Michael Arone, chief investment strategist at State Street Global Advisors, told MarketWatch. “In 70% of the trading days in November, value stocks beat growth stocks,” he said, adding that this is indicative of investors’ newfound preference for company’s with low earnings volatility.

Whatever your interpretation of Powell’s remarks, it’s certain that investors will continue to hang on his every word, with the next opportunity coming in a few short days.

Lewis Alexander, chief U.S. economist at Nomura, expects to get more insight into the Federal Reserve’s thoughts on monetary policy next week with the Fed chairman set to testify before the Joint Economic Committee in Congress on Wednesday. The economist said he believes Powell will touch on the same themes from his speech this week but provide additional context as to the risks concerning Federal Open Market Committee.

There will be much else for investors to chew on in the upcoming week than just Powell’s testimony. On Monday, traders will get a new read on the manufacturing sector with Markit’s manufacturing PMI and the ISM Manufacturing report to be released in the morning, along with new data from the Commerce Department on construction spending.

Tuesday, investors will get new numbers on motor-vehicle sales, and Wednesday will feature a bevy of data for Fed watchers to digest, including productivity growth and unit-labor-cost figures, ADP’s reading of private-sector job creation, as well as Powell’s congressional testimony.

On Thursday, the Labor Department is set to release its estimate of new jobless-benefits claims, while investors will also get readings on the trade deficit and factory orders.

Friday will be another critical day of economic reports for Fed watchers, with the release of data on nonfarm-payroll growth for November, as well as changes in average hourly earnings, two critical data points for the Fed’s understanding of whether the economy has reached the mandate of full employment in the context of stable prices.