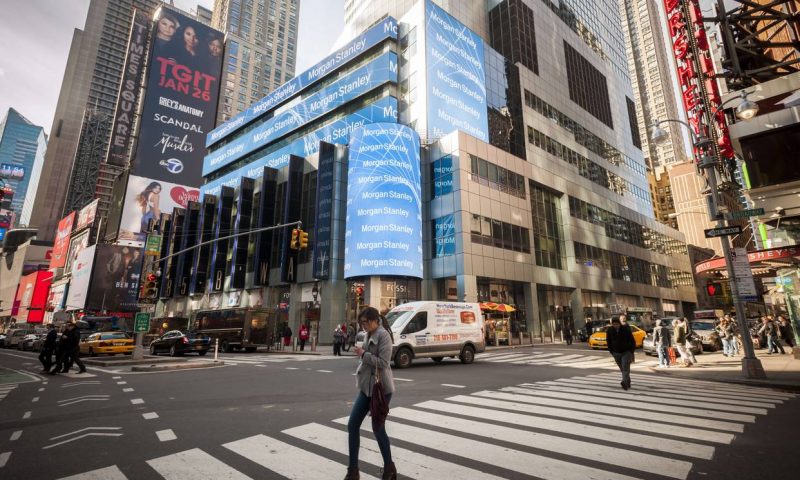 At the end of the day, investors want to see returns. To accomplish this goal, seasoned Wall Street observers often turn to one strategy time and time again: growth investing. A solid growth play is a name that appears poised to not only grow at an above-average rate but also reward investors handsomely over the long run.

Rolling up their sleeves, investors are pounding the Wall Street pavement in search of the tickers with impressive long-term growth prospects. However, having a target in mind is one thing, but zeroing in on these stocks primed for stellar gains in the coming years is another story entirely. This task also isn’t made any easier by the fact that 2019 saw the S&P 500 post its largest yearly gain since 2013, closing the year up 29% and starting out 2020 with an increase of 2%.

Luckily, TipRanks, a company that tracks and measures the performance of analysts, can lend investors a hand. After using the platform’s Stock Screener tool during our own search, we were able to unmask 3 Buy-rated stocks flagged by the analysts for their strong long-term growth narratives. On top of this, each boasts substantial upside potential from the current share price.

Global Blood Therapeutics is focused on developing treatments for underserved patient communities. With one therapy for sickle cell disease, a group of disorders that impacts hemoglobin in blood cells, already approved and another candidate for the disease in development, some analysts believe that its 94% gain in 2019 is just the beginning.

Back in November, the company got some good news when the FDA granted its lead candidate, Oxbryta, accelerated approval for use in adults and children 12 years and older with sickle cell disease based on the results of the pivotal Phase 3 HOPE study. In the study, the drug was able to produce a rapid, potent and durable improvement in hemoglobin. With the ruling coming three months before the original PDUFA date, it’s no wonder Wall Street pros are excited. To top it all off, the label for Oxbryta is clean and broad, and the therapy can be administered alone or in combination with hydroxyurea.

H.C. Wainwright’s Debjit Chattopadhyay does remind investors that the company is still required to continue the HOPE-KIDS 2 study to demonstrate decreased risk of stroke in children 2 to 15 years old. That being said, the four-star analyst expects the results to be similar to the HOPE Phase 3 program findings. “Additionally, because the HOPE-KIDS 2 study is enrolling patients as young as 2 years of age, data could be leveraged for label expansion to treat patients under 12,” Chattopadhyay commented.

As the analyst sees the drug’s U.S. sales reaching $1.2 billion in 2024, it makes sense that he reiterated both a Buy rating and $150 price target. Should the target be met, shares could be in for a 105% twelve-month gain.

Like Chattopadhyay, Wedbush analyst Liana Moussatos takes a bullish approach. With no price increases expected for three years and little to no competition anticipated from Novartis’ recently released ADAKVEO antibody treatment for sickle cell disease, the analyst thinks the market opportunity is large. Bearing this in mind, she bumped up the price target from $120 to $143 in addition to maintaining her bullish call.

In terms of the rest of the Street, a majority of analysts also see GBT as a Buy, 13 out of 16 to be exact. As a result, the consensus rating is a Strong Buy. Given the $102.20 average price target, the upside potential lands at 40%.

Zynga is best known for being the force behind wildly popular games such as “Words With Friends”, “Empires & Puzzles” and “Merge Dragon”. After posting an impressive 70% climb in 2019, does the video game developer still have more fuel left in the tank?

According to SunTrust Robinson’s Matthew Thornton, the answer is yes. In his initiation note, the analyst points out that the already large gaming market, which was worth about $83 billion in 2019, is still expanding, with a 5-year 2018-2023 CAGR of 9.9%. He tells investors the companies that can prosper in this competitive and fragmented environment will be those with platform-exposure to the market, publishers with unique franchises or IP, network scale and ability to fund and execute robust live services, pipeline development and M&A. Based on this, Thornton has high hopes for ZNGA.

“ZNGA provides pure-play exposure to the large and fast growing global mobile gaming market with a growing (31% pro forma in 3Q19, driven by Merge Dragons and Empires & Puzzles) and diversified existing game portfolio and highly experienced management team and Board. In addition to a healthy existing portfolio, ZNGA has a strong pipeline (at least 7 games, including FarmVille, Harry Potter, Star Wars, Game of Thrones, and others) as well as a strong balance sheet and acquisition track record to augment organic growth with M&A in what is a highly fragmented market,” he wrote.

Taking all of this into consideration, the four-star analyst puts the 2-year 2019-2021 revenue and EBITDA CAGR at 13% and 18%, respectively. Not to mention the company is also expected to surpass consensus estimates over the next few years.

In line with his bullish thesis, Thornton started his ZNGA coverage with a Buy recommendation. In addition, he set a $7.50 price target, indicating that shares could surge 23% in the next twelve months.

Looking at the consensus breakdown, 6 Buys, 1 Hold and 1 Sell published in the last three months add up to a Moderate Buy. With a $7.50 average price target, the upside potential matches Thornton’s forecast.

Operating as a global business advisory firm, FTI Consulting offers its clients transactional, operational, financial, legal and reputational services. In 2019, the company saw shares climb 66% higher, and one analyst is betting that this run can continue in 2020.

SunTrust Robinson’s Tobey Sommer argues that for the first time in its history, FTI has created a sustainable organic growth firm that constantly adds new employees so that it can offer “adjacent services”. Among these new services are business transformation, public affairs, cyber and global construction disputes. “We believe that FCN should be able to hire a steady stream of experienced talent from Big 4 accounting firms in Europe who are worried that emerging regulatory scrutiny will conflict them out of work from key relationships,” he noted.

Additionally, Sommer cites several key upcoming catalysts as putting FCN on an upward trajectory. He thinks that fourth quarter revenue and EBITDA should beat the Street’s estimates, with the midpoint for initial 2020 guidance falling in line with expectations.

He added, “From the initial guidance, we expect material upside results throughout the year propelled by headcount growth (year-over-year consultant headcount rose 17% in 3Q19), pricing could increase above trend and regulatory investigations into global tech firms could drive antitrust work.”

It’s no surprise, then, that the five-star analyst stayed with the bulls, leaving the Buy rating unchanged. If that wasn’t enough, he gave the price target a boost, increasing the figure from $130 to $155. This bolstered target conveys his confidence in FCN’s ability to jump 31% in the twelve months ahead.

When it comes to other analyst activity, it has been relatively quiet on Wall Street. As Sommer is the only analyst that has reviewed FCN recently, the word on the Street is that the stock is a Moderate Buy. The average price target and upside potential are also the same as the SunTrust Robinson analyst’s.