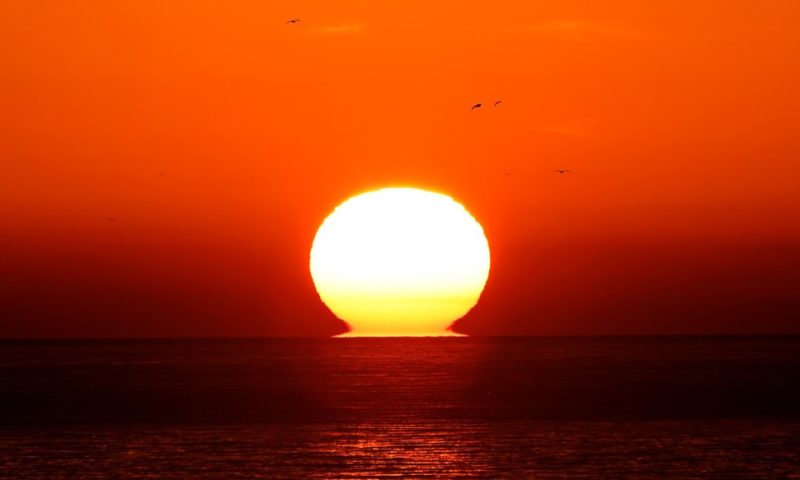 Report reveals record temperature levels since 1958 and warns about the negative impact of warmer planet oceans.

LAST YEAR ENDED WITH dire environmental news: global emissions of carbon dioxide climbing to record highs in 2018, led in no small part by soaring heat-trapping emissions in the U.S.

Now add to that findings published this week: 2018 was the hottest year recorded for the planet’s oceans since records began in 1958, according to a new study released on Wednesday by the Advances in Atmospheric Sciences, a bimonthly peer-reviewed scientific journal looking at the dynamics, physics and chemistry of the atmosphere and oceans.

The findings follow a report by the World Meteorological Organization published in November 2018 that said the oceans’ heat content last year “was the highest or second highest on record.”

“The increasing heat-trapping gases emitted by human activities into the atmosphere produce an energy imbalance between incoming solar radiation and outgoing longwave radiation that leads to global heating,” say the authors of the report. “The vast majority of global warming heat ends up deposited in the world’s oceans, and ocean heat content (OHC) change is one of the best—if not the best—metric for climate change.”

The heating occurred in various parts of the world’s oceans, with the Southern and Pacific oceans becoming hotter than the Atlantic or the Indian oceans, the report said.

Ocean heating is particularly harmful, say scientists, as an increase in water temperature is a clear evidence that the Earth itself is warming. Warming oceans lead to a rise in the sea level that in turn can contaminate water supplies with saltwater and expose people to storms that threaten infrastructure.

“The increase in ocean heat also affects the planet’s weather systems, by raising air temperatures and supplying more moisture; warmer air can hold more moisture,” say the authors of the report. “In turn, this leads to increases in the intensity of storms and heavy rains.”

Ocean warming can also lead to a decline in ocean oxygen, bleaching and death of corals, as well as the melting of ice in the sea and ice shelves, they add.

Scientists say ocean warming has been accelerating at a greater pace in the past three decades than from the 1960s to the 1980s. In November, another report from the U.S. government warned that efforts to stall the negative impact of climate change at a regional and global level were not yet sufficient. The research raised concerns about climate change affecting human safety and quality of life, water supplies, ecosystems, agriculture, or infrastructure.

Scientists say oceans and coasts were most affected by increases in water temperature and acidification, shrinking of the arctic sea ice, sea level rise, heavier storms and precipitation.

“These effects are projected to continue, putting ocean and marine species at risk, decreasing the productivity of certain fisheries, and threatening communities that rely on marine ecosystems for livelihoods,” the authors added.