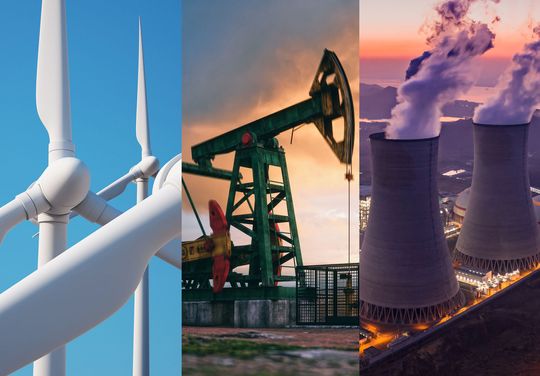 All energy sectors have been volatile, but the general direction has been up, with an excellent long-term setup for investors

The tragedy in Ukraine is having an economic effect on people all over the world as energy prices rise and other supply sources are disrupted.

For investors, the day-to-day action is unpredictable. But we may be at an early stage for the disruption of the global the oil market, with high demand and challenges to production for U.S. and OPEC. Add to that the prospect of a long-term transition for Europe away from Russian natural gas, and you have all power sources, from clean energy to nuclear energy, in play.

It is obvious that long-term solutions to the world’s energy problems, encompassing rising demand, the supply problem and the movement toward green energy, cannot be planned for in a simple way.

Countries need to take a piecemeal approach to pursuing and developing any and all alternative sources, while maintaining and growing fossil-fuel sources and supplies and not being so quick to give up on nuclear energy as Germany had planned to do before Russia invaded Ukraine.

Now that investors realize they have no idea how this multi-decade story may play out, the day-to-day action is unpredictable and can be breathtaking.

Here’s how wild price movements were on one day — March 8: 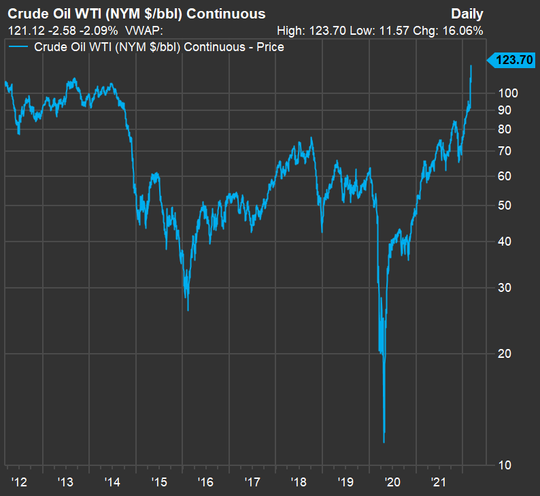 WTI is now higher than it was before oil prices began their long decline in 2014, as expanded U.S. shale oil production altered the global supply-and-demand balance. The bounce-back from the doldrums of the pandemic in 2020, when low demand meant buyers temporarily had nowhere to store oil and the front-month contract prices actually dropped below zero momentarily, now seems to be ancient history.

During an interview on Feb. 28, Sam Peters of ClearBridge Investments said that even if oil prices were to settle into a range of $75 to $80 a barrel, “you would get very high free cash flows in most of the U.S. energy production companies.” And that means benefits to investors, including rising dividends and share buybacks. You can read more of his comments here.

With all forms of energy in play, it might be useful for investors to see a list of stocks that are most favored by analysts for gains over the next year. To do this, we combined the holdings lists for the iShares Global Clean Energy ETF ICLN, the iShares Global Energy ETF IXC and the North Shore Global Uranium Mining ETF URNM.

With one duplicate removed (because Cameco Corp. CA:CCO CCJ of Canada is held by IXC and URNM), our initial list included 155 companies. We pared the list to 92 covered by at least nine analysts polled by FactSet.

Among the 92 stocks, 24 are rated “buy” or the equivalent by at least 75% of the analysts. Some of the favored stocks have increased so much that they are now ahead of their consensus 12-month price targets. For example, shares of Schlumberger NV SLB rose 7.1% on March 8 to close at $45.08 — above the consensus price target of $44.50.

Among the screened energy companies with at least 75% “buy” ratings, here are the 12 that analysts expect to rise at least 15% over the next year. Share prices and targets are in local currencies where the stocks are listed. 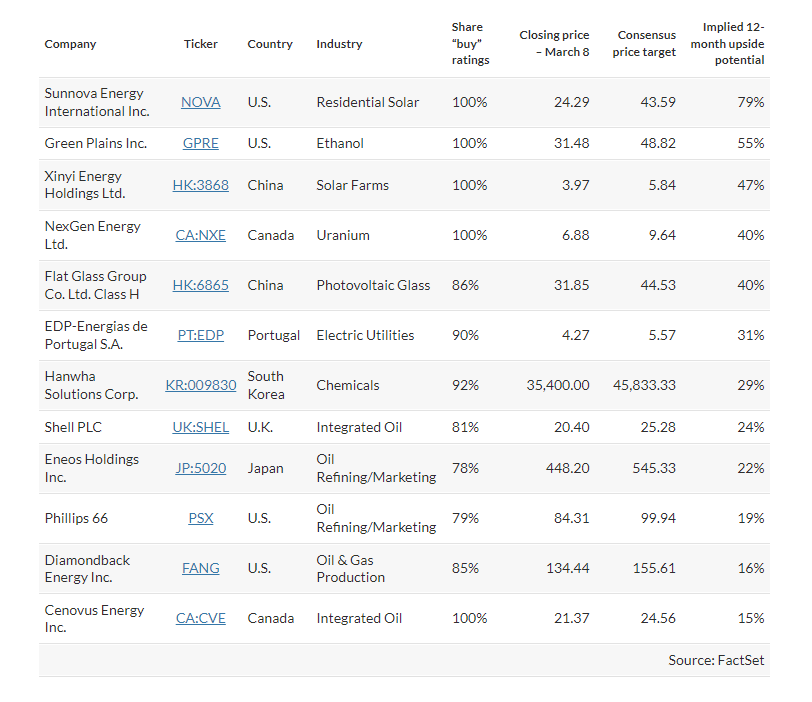 Editas shares boosted as patent office rules in favor of Broad’s CRISPR patents, but the fight will continue

Amazon to split stock for the first time since the dot-com boom, after gains of more than 4,500%