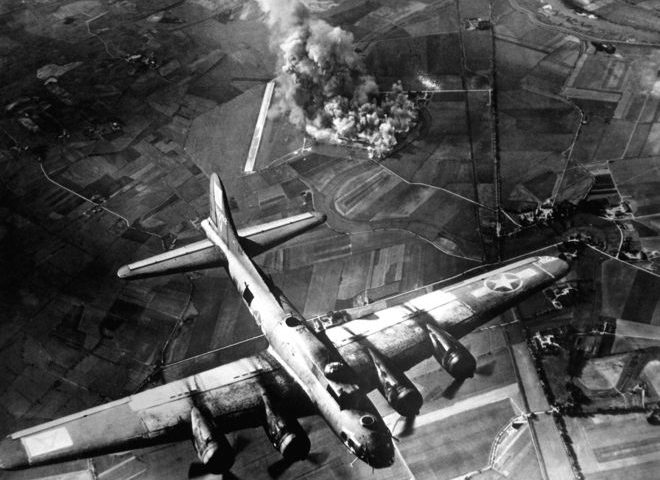 The bombs used by Allied forces during World War II were so large, they weakened the Earth’s upper atmosphere.

The air raids turned towns to rubble and ash, but now new research shows shockwaves could be felt up to 1,000 km above the UK.

Chris Scott, from the University of Reading said: “I was absolutely astonished [when I found out].

“Each raid released the energy of at least 300 lightning strikes.”

It’s now hoped the research will give us a better understanding of how natural forces such as lightning, volcanic eruptions and earthquakes can affect Earth’s upper atmosphere.

How do we know this happened?

They looked at how the concentration of electrons changed in the upper atmosphere around the time of 152 Allied air raids in Europe – including raids on Berlin and those in support of the Normandy landings.

The data showed the concentration of electrons fell significantly when a bomb was detonated, which in turn heated the upper atmosphere.

This caused a small but significant depletion in the ionosphere above Slough, even though the bombs were deployed hundreds of miles away.

But Chris Scott admits “these were very temporary effects which heated the atmosphere very slightly.”

“The effects on the ionosphere would only have lasted until the heat dissipated.”

Why do we need to know about the ionosphere?

It is a layer of the Earth’s atmosphere which can affect radio communications, GPS systems, radio telescopes and even some understanding of weather systems.

Chris Scott said: “This [research] is really important if we’re going to understand the ionosphere as a whole.

“We know the ionosphere is controlled by solar activity but it varies much more than can currently be explained.”