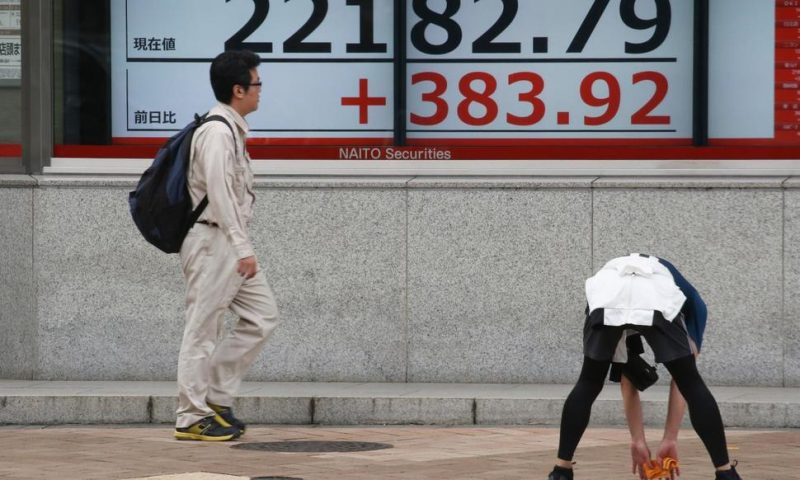 BANGKOK — Shares were mostly higher in Europe and Asia on Tuesday after a wobbly day of trading on Wall Street.

Stocks rallied after officials announced a preliminary agreement Friday following the latest round of trade negotiations between the U.S. and China. Some of that enthusiasm already had faded by Monday morning.

But optimism over the agreement appeared to be fading and markets in Hong Kong and Shanghai fell back.

Shares rose in Taiwan and most of Southeast Asia but fell in Singapore.

The truce between Washington and Beijing calls for the U.S. to suspend a planned hike in tariffs on $250 billion of Chinese goods that had been set to kick in Tuesday. Beijing, meanwhile, agreed to buy $40 billion to $50 billion in U.S. farm products.

“That said, the abovementioned items are no doubt the lower hanging fruits in attempting a deal between the two sides. Few are likely ruling out the possibility that there could be more twists and turns in this matter of U.S.-China trade conflict,” Jingyi Pan of IG said in a commentary.

The U.S. did not, however, cancel plans for more tariffs in December and the sticking points of intellectual property and trade secrets still hang over the dispute. And the overall picture hasn’t changed for companies, which are still holding off on forecasts and investments because of the uncertain trade situation.

Monday’s modest pullback followed last week’s market rally, when the S&P 500 and the Dow had their first gains in four weeks.