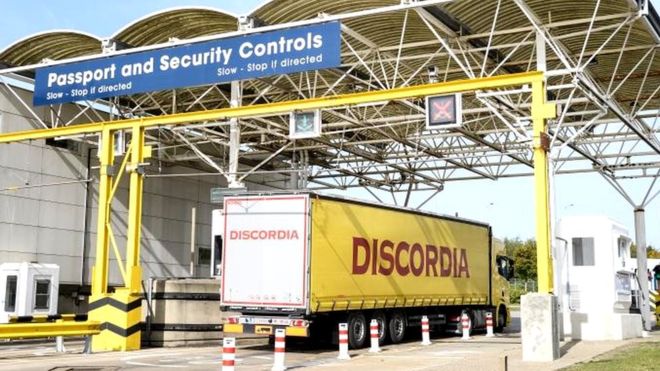 Quite naturally the response to the Prime Minister’s new Brexit offer to the European Union has focused on the impact in Ireland and Northern Ireland.

But set behind the important complexities of Irish regulatory alignment and the PM’s reference to “de minimis” customs checks in Ireland is a more fundamental shift about the overall shape of a future relationship with the European Union.

It is a substantial change from the deal negotiated by Theresa May that would have seen the UK, in Boris Johnson’s words, as “closely integrated” with EU custom arrangements and “aligned with EU law in many areas”.

The PM wrote to Jean Claude Juncker: “That proposed future relationship is not the goal of the current UK Government”.

That is why he says the backstop is a “bridge to nowhere”. But in overall economic terms it is vitally important in and of itself.

The new plan means we will no longer be closely integrated or aligned with EU law in many areas, and that is therefore of significant consequence to those industries dependent on existing frictionless trading arrangements.

In the notes accompanying the PM’s proposal it says there is “no need for the extensive level playing field arrangements envisaged in the previous Protocol”.

The 25 pages of such arrangements covering taxation, environmental protection, labour standards, state aid and competition have been deleted from the legal text handed to the EU.

In fact, for many Eurosceptic rebel MPs this is the very reason they now back these proposals.

But the level playing field commitments were also a key part of the Political Declaration agreed by Mrs May too that envisaged “comprehensive arrangements [that] will create a free trade area combining deep regulatory and customs cooperation, underpinned by provisions ensuring a level playing field for open and fair competition”.

Speaking in the Commons on Thursday, the PM admitted that the political declaration would be amended. Again this is to the delight of Eurosceptic MPs, who anticipate the unfettered ability to do trade deals around the world.

But the reason Mrs May tried to negotiate these points was because she wanted to leave open a path to continuing frictionless trade with the European Union for those sectors that wish for it, require it, and indeed have been built up in the UK on this basis.

For example, Mr Johnson has himself said that he can negotiate a deal with the EU that avoids the need for “rules of origin” checks, required to verify that enough parts in a car or an engine come from the UK or Europe.

This was explicitly in the original Political Declaration, but only as a result of building on the single customs territory, the level playing field, and ultimately the backstop.

All these factors were crucial to the backing by manufacturing industry and others for the first version of the deal.

They offered long-term protection for their complicated “just in time” supply chains. It has not gone unnoticed by international advanced manufacturers. As one carmaker told the BBC: “A simple free trade agreement might work for selling cars, but not for making cars”.

Also, many Labour MPs were asking for more level playing field commitments, not fewer or even none. On the other hand, Eurosceptics have welcomed the extra freedoms on trade negotiations this move offers.

But this is a trade-off between protecting existing ways of manufacturing, and facilities, that have prospered within the European Union, its customs union and single market, and the ability to strike deeper trade deals with the likes of the US by being open to recognition of its regulatory standards.

The answer to this may revolve around an argument that once a withdrawal deal is passed, the actual shape of a future relationship then becomes a matter for a new government given a general election mandate.

The overall package agreed by Mrs May was, by design, consistent with a “spectrum of outcomes”.

The question for businesses, MPs and the country about this notable change in approach, is the extent to which a new legally binding withdrawal treaty predetermines a more distant relationship with the EU.