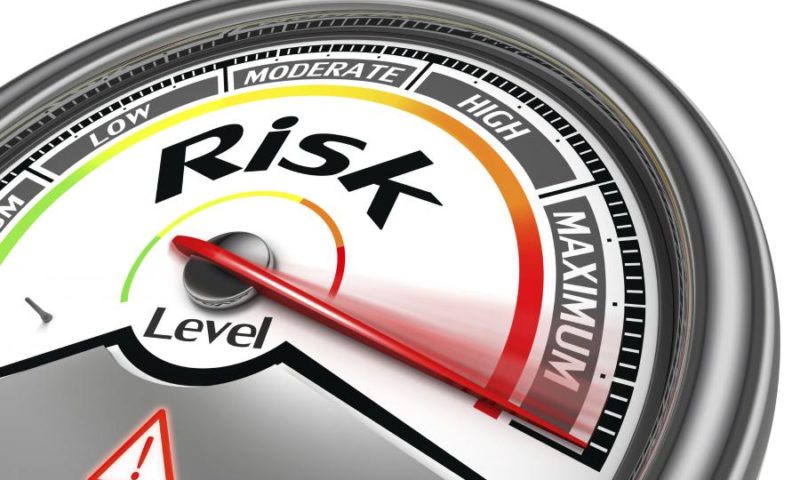 More professional investors are piling into US stocks than at any time in the past three-and-a-half years, but cash balances are also at an 18-month high. Here’s what’s going on.

Just over a year ago, the phrase on everyone’s lips was “synchronised global growth”. The global economy was starting to grow in lock-step for the first time since the start of the financial crisis, it was said.

Since then however, against a back drop of escalating US/China trade disputes, unexpected weakness in Europe and a brewing currency crisis in emerging markets, sentiment has turned.

According to the latest results of the Bank of America Merrill Lynch’s September Global Fund Manager Survey, net 24% of professional investors surveyed expect global growth to slow in the next year – the worst outlook for the global economy given since 2011.

As a result, the average cash balance of managers surveyed has climbed to an 18-month high of 5.1% in September, up from 5.0% in August.

Investors continue to cite the risk of a trade war as their biggest concern, as they have done for every month bar one since March. However, a growing number of investors also cite fears of a slowdown in China as well as European populism. 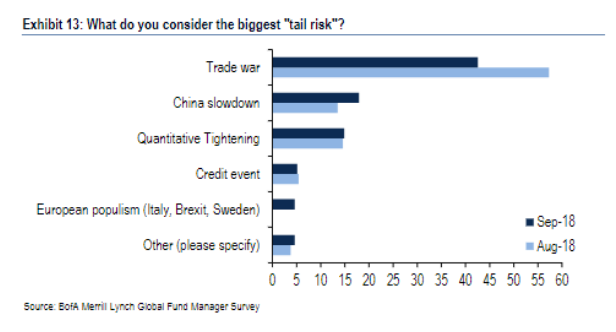 Fears about weakness in the global economy emerged earlier in the year. The continued strength of the US vis-à-vis the rest of the world’s economies led to the idea of decoupling to describe the divergence.

Increasingly, however, investors predict that this decoupling will only come to an end when the US economy slows down, rather than by Asian or European economies rebounding.

A total of 48% surveyed believe ‘recoupling’ will only happen as the US economy slows, while just 22%, down 6% from the previous month, believe accelerating growth in Asia/Europe will bring global economies back into line with each other.

Amidst such concerns, investors continue to see the US as a safe haven, with the US continuing to be their most favoured region for equities. Allocation to US equities has climbed by 2%, leading to a net 21% of managers overweight US equities, the highest since Jan 2015.

Meanwhile, investors have been cutting their allocation to eurozone and emerging market equities. Eurozone allocation dropped by 6%, reaching an 18-month low.

The most crowded trade was FAANG+BAT for the eighth time in a row.