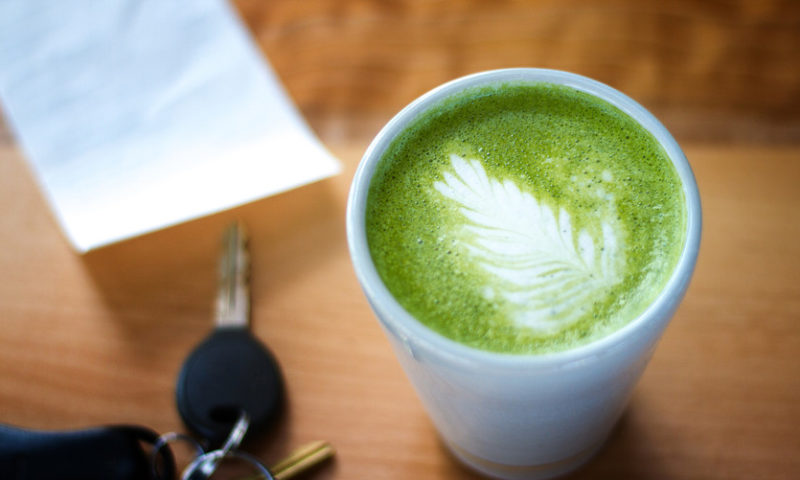 From lattes to cookies, matcha powder is making its presence known

Buzz off coffee, tea is having a renaissance for some of us.

And one of the fastest growing segments is matcha — a type of green tea — which is expected to witness a 7.6% growth through the year 2025, with a total global market share of $4 billion by 2024 according to research group Global Market Insights, Inc. That would make it the fastest-growing segment of the global tea market.

Known for its health benefits and earthy taste, matcha has long been a popular Japanese beverage, but now the substance — which has a high content of antioxidants, vitamins, minerals and amino acids — is penetrating the cups of even the most devout coffee drinkers. Unlike regular green tea, matcha is shade-grown in Japan and made from an entire tea leaf ground into a fine powder that is blended into water — not steeped — which means it takes longer to prepare.

That meant it was a challenge to bring matcha to market, says 31-year-old Hannah Habes, who owns NYC-based company Matchaful founded in 2015. “At first, nobody wanted to sell it because they thought it would take too long to prepare. Ground Support Cafe in Soho was the first shop to test my matcha and the test went so well that people were coming from the Upper East Side to Soho just to get this beautiful drink,” she said. Because of the demand, Habes now has two brick and mortar cafe locations in Brooklyn and Soho.

Now — from individual single-serving packets used to brew a cup of tea, to Vital Proteins Matcha Collagen protein powder that can be used in smoothies, to matcha-infused face masks — there’s no shortage of matcha products on the market. It’s even made its way onto the menu at Starbucks in drinks like an iced matcha green tea latte, matcha lemonade and a matcha green tea creme Frappucino.

So why is matcha having a moment? Americans are obsessed with health and wellness, and matcha may help prevent heart disease and encourage weight loss.

Others just love the flavor: Los Angeles-based interior designer and mom Natalie Grof Weiner says she likes the beverage because she enjoys the comforting, smooth and clean taste. She likes it so much that when she’s not brewing her own, she’s happy to pay $7 at LA’s trendy coffee shop Alfred for her fix, “I love getting an iced oat milk matcha latte in the afternoon.”

Indeed, matcha isn’t cheap: True matcha aficionados buy their goods in tiny tins that cost a small fortune. The Full Leaf Tea Co. sells 1.5 ounce tins for $29.95, a 1.5 ounce container of Chalait Tea retails for $46 and a ceremonial grade tin of Matchaful’s single origin matcha costs $35. That’s not all though — to perfect a cup of the green stuff, one needs a wooden whisk, a sifter and a measuring scoop — a $25 bundle on Matchaful’s website.

And cafes charge a premium for fancy matcha lattes. MatchaBar in NY and LA touts a $6 Maple Matcha Latte, but if you want it made with hemp, macadamia or coconut milk, you’ll have to tack on an additional $.50 — housemade cashew or almond milk runs an extra $1. Niche, a matcha truck in Los Angeles offers CBD-infused matcha lattes for $9 and Matchaful in Brooklyn and Soho makes a $7 Autumn Spice drink made with matcha, pumpkin, cinnamon, cloves, cordyceps and maple — CBD, MCT and collagen are all available for an extra fee.

The powdered green tea leaves are also finding their way into food, with bicoastal cafe Cha Cha Matcha selling matcha parfaits and soft serve for $6 and $4 respectively, and Artelice Patisserie in Los Angeles crafts matcha macarons for $2 per piece.