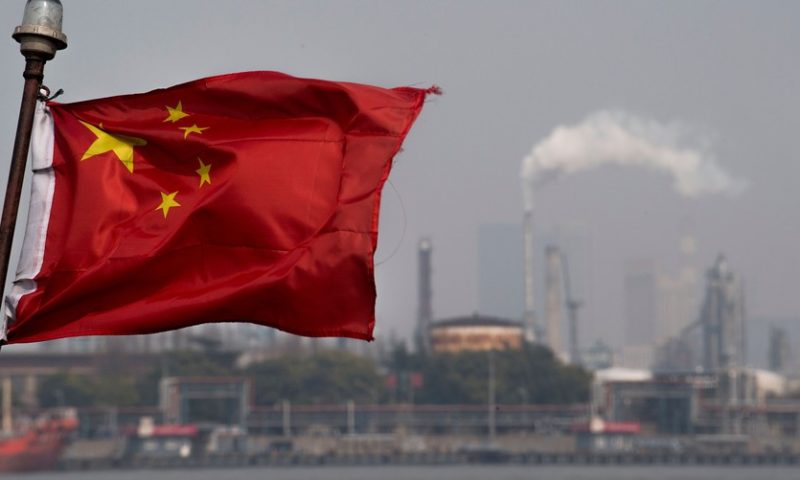 Worries about how the U.S.-China trade spat will play out weighs on investors

China’s October trade data beat expectations across the board. So, why are analysts still skeptical about the outlook for world’s second-largest economy?

Market participants believe that China’s October data are distorted by its trade spat with the U.S. Recent trade data showed that exports were growing 15.6% on the year, up from 14.5% in the previous month and beating consensus estimates of 13%, while imports for the same period jumped 21.4%, versus expectations for a 12.8% rise and a 14.3% increase in September.

“As the data is distorted by the trade issues, we won’t make much of it,” said Peter Boockvar, chief investment officer at Bleakley Advisory Group.

The reason why experts claim distortion is because even though relations between Washington and Beijing seem on a gradual, albeit tenuous, path of improvement, import tariffs remain in place for now and are informing investment behavior. President Donald Trump, via a tweet, last week reported having had a good conversation on trade with China’s President Xi Jinping. The pair are due to meet later this month at the G-20 summit in Buenos Aires, leading investors to believe that there might be a resolution forthcoming.

However, even with better economic data, the issue of trade remains front and center. “The data still appear subject to front-loading with 10% tariffs on $200 billion in exports due to increase to 25% on Jan. 1,” said Sue Trinh, head of Asia currency strategy at RBC, referring to businesses ramping up activity before the tariffs step up to a higher level.

Ahead of those sanctions, Beijing likely stockpiled in anticipation that supplies from Iran would be impeded. “The high volumes may have included some stockpiling, reflecting fears about possible supply disruption associated with renewed U.S. sanctions on Iran,” Bain wrote.

Oil futures CLZ8, -0.64% slipped Thursday, as stronger output from Saudi Arabia, Russia and the U.S.—also related to the timing of the Iranian sanctions—weighed on demand. On Thursday, the U.S. crude benchmark fell into bear-market territory with a decline of more than 20% from a nearly four-year high set on Oct. 3.

China’s trade balance rose to $34 billion in October, up from $31.7 billion in September, but below the consensus forecast of $41.1 billion. The rise between September and October, “will surely keep the U.S. in a bad mood as the Xi-Trump talks take place at month-end,” said Win Thin, global head of currency strategy at Brown Brothers Harriman.

“With bipartisan backing on a U.S.-China trade [deal], Trump is unlikely to let up until he gets what he wants, but maybe Xi is ready to give him enough to declare a victory lap NAFTA-style,” said Brad Bechtel, managing director in FX at Jefferies.

China’s economy is so intertwined with those of other globalized nations that it is often used an indicator for economic health world-wide. An escalation of the trade dispute with Washington would likely ripple across other Asian regions, market experts said.

“Dollar-yuan has been in a state of paralysis the past few sessions as officials have done a good job at taking the mojo out of the pair after its most recent attempt to test 7 [yuan per dollar],” said Bechtel, referencing the psychologically important level that market participants expect could cause a selloff across emerging Asian assets. Market participants expect Chinese authorities to be able to step in case of a drastic selloff in its currency.

The Australian dollar AUDUSD, -0.1653% which is a bellwether for China’s economy due to the tight trade connections between Beijing and Canberra, was meanwhile stronger on Thursday, with recent price action possibly signaling the market’s cautious optimism about trade tensions ending, said Bechtel.