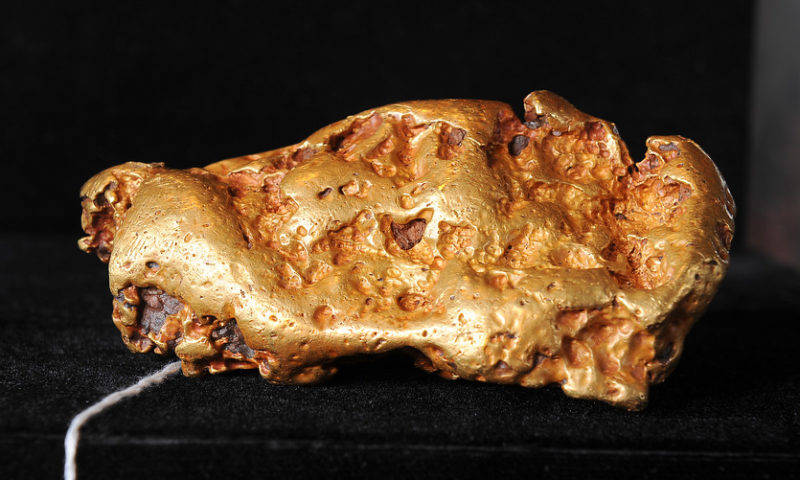 Gold prices may already have hit bottom for the year after declining for the past six months in a row—the longest streak of losses in nearly three decades.

Lower prices have contributed to a boost in global central-bank purchases of gold. Other signs of a potential bottom for the metal include recent consolidation in the metals mining sector, which can mark a turnaround for the market. Gold futures GCZ8, +0.42% fell 0.9% in September, and they haven’t posted a monthly gain since March. Year to date, prices have lost about 8%, settling at $1,202.90 on Wednesday.

“I do believe gold has either reached a floor or is pretty close to one,” says Jeff Wright, executive vice president of mineral exploration company GoldMining Inc. GLDLF, +2.54% noting that central-bank gold reserve purchases were the strongest in three years. The most active gold futures contract dropped to a settlement of $1,184 in mid-August, the lowest in 19 months.

Global central banks added a net total of 193.3 metric tons of gold to their reserves in the first six months of this year, up 8% from 178.6 metric tons in the same period a year earlier, according to the World Gold Council, or WGC. That marked the strongest central bank gold purchases in the first half of a year since 2015.

Poland, in particular, grew its gold reserves by 1.9 metric tons in July and by 7.5 metric tons in August, WGC says. Those are not large amounts, “but normally, European central banks sell gold, not buy it,” strategists at Macquarie wrote in a September note, adding that this would mark Poland’s first gold purchase since 1998.

Evaluating the rise in central bank gold buying, Natalie Dempster, managing director of Central Banks & Public Policy for WGC, says the move “reflects a combination of factors, including the desire by some countries to dedollarize in response to political motivations and changing global trade patterns.”

Consolidation in the mining sector also suggests that gold prices are headed for a bottom, says Frank Holmes, chief executive and chief investment officer at U.S. Global Investors. Late last month, Randgold Resources GOLD, -1.18% and Barrick Gold ABX, -1.55% announced plans to merge in an all-share deal to create an $18.3 billion gold-mining giant. “Consolidation at this level has historically been a sign that we’re nearing a bottom,” says Holmes.

He believes that the Barrick-Randgold deal is “positive for the industry” and stresses that “gold-mining stocks are the cheapest they’ve been in more than 20 years relative to the S&P 500.” This offers a “once-in-a-generation buying opportunity” for investors.

The merger may be just the start. “There is no question that the merger of these two industry titans signals a new wave of industry M&A,” says Trey Reik, senior portfolio manager at Sprott Asset Management USA. “There are far too many gold companies, and rational consolidation is long overdue.”

To be sure, gold prices have reasons to remain weak. Rob Haworth, senior investment strategist at U.S. Bank, has a “cautious view” on gold and expects to see lower prices over the rest of this year.

He believes that the dollar is likely to strengthen as the Federal Reserve continues to tighten policy and U.S. economic growth remains solid.

In addition to those potential price pressures, gold has historically suffered its worst monthly performance of the year in October. Dow Jones Market Data shows a decline of 1.27% in gold prices, on average, for that month, based on data going back to 1990.

But the trend of gains in the dollar this year may soon shift, offering a lift to gold. The Fed is “very close to scaling back the rate of its telegraphed balance sheet reduction, and this will kneecap dollar bullishness to gold’s significant benefit,” says Reik. “Given the plethora of global wild cards potentially in play, it would not surprise me to see gold challenging recent highs in the $1,350 range in coming quarters.”