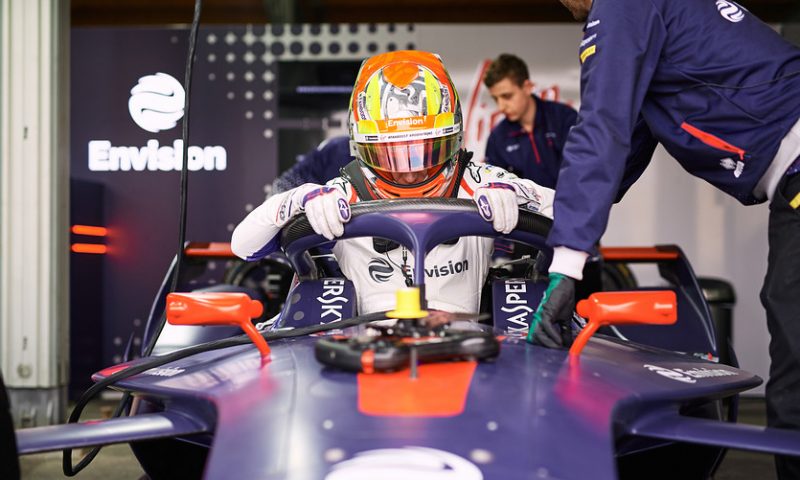 Equity investors struggle to foresee the ultimate impact of the continuing U.S.-China spat

U.S. stocks on Friday wrapped up a Byzantine journey into negative territory, a period that began with the worst day for stocks since January, yet featured sessions marked by uncanny intraday swings that helped equities to limit losses for the week.

Last week’s performance is perhaps a taste of what’s ahead, analysts and investors told MarketWatch, as the first-quarter earnings season concludes and the market wrestles with the U.S.-China trade standoff.

The tariff tiff is a reminder that Wall Street is being whipsawed by a number of factors, including geopolitical risks, signs of sluggishness in the domestic economy and the Federal Reserve’s monetary policy, which could all combine to dent economic growth and corporate profits.

However, it remains unclear which of those factors could provide the most potent catalyst for an economy that is in its tenth year of expansion and a bull run that is nearly just as long in the tooth.

Lately, stocks have been sensitive to trade rhetoric and policy announcements, with equities tumbling on Monday after President Trump allowed tariffs on $200 billion of annual Chinese goods to be raised to 25% from 10%. The president also declared his readiness to impose higher tariffs on another roughly $300 billion of goods, or nearly all the remaining products Americans buy from the world’s second-largest economy.

The Dow Jones Industrial Average DJIA, -0.38% the S&P 500 SPX, -0.58% and the Nasdaq Composite Index COMP, -1.04% each fell more than 2.4% that day, and reacted to a series of rhetorical volleys between the U.S. and Chinese officials, who announced retaliatory measures, for the rest of the week.

It was a week that saw the Dow log its fourth straight weekly decline, marking the longest such skid since 2016, finishing Friday’s session off 0.7%. Meanwhile, the S&P 500 logged a weekly loss of 0.8% and the Nasdaq ended the five-day stretch 1.3% lower, according to FactSet data.

“We’re taking a neutral posture right now, in the absence of a clear direction in the economic or corporate data,” Eric Wiegand senior portfolio manager at U.S. Bank Private Wealth Management told MarketWatch, explaining that a series of conflicting data — exemplified last week by weak retail sales numbers but strong consumer confidence readings — along with an earnings season that showed a range of performances for U.S. corporations, has left markets more vulnerable to “the ripple effects of all the rhetoric on trade.”

J.J. Kinahan, chief market strategist at TD Ameritrade, said quarterly results have painted a mixed picture of the current health of American corporations. He described Nvidia Corp.’s NVDA, -2.28% decision to not update investors on its 2019 outlook as “underscoring the uncertainty that is out there,” especially for U.S. companies that derive a large share of their profits overseas. Meanwhile, disappointing earnings from Deere & Co. DE, -7.65% illustrated the weakness of the U.S. agriculture sector as a result of trade tensions and flooding in the Midwest.

On the other hand, bellwether Dow components Walmart Inc. WMT, -0.44% and Cisco Systems Inc. CSCO, +0.75% posted standout earnings on Thursday, offering some reason to be optimistic.

However, the uncertainty around trade, which can make it nearly impossible for multinational companies to formulate strategy and plot out business investment, remains a powerful bearish drag on markets. On Friday, reports cast doubt on the possibility of further near-term trade talks.

Still, one factor clearly supporting stocks of late is the bond market, as the yield on the U.S. 10-year Treasury note TMUBMUSD10Y, +0.07% briefly flirted with an 18-month intraday low of 2.36% on Thursday, while extending its decline of 10 basis points month-to-date. Bond prices move in the opposite direction of yields, and lower bond yields can make equities a more attractive investment — assuming fears aren’t driving investors to the perceived safety of government paper.

Though stock investors have seemingly been of two minds on the trade question, bonds have rallied in the last two weeks as the lack of uncertainty over trade amplifies broader concerns about weakening global growth, raising the prospects of a domestic recession.

“While equity markets made a gradual comeback, bonds continued to trade with an uncertainty premium, which is unlikely to go away until we get more clarity on U.S.-China trade negotiations,” wrote Subadra Rajppa, head of U.S. rates strategy at Société Générale in a Thursday note to clients.

The rally in the bond market accompanied a growing conviction in the fed-funds futures markets that the Federal Reserve will move to cut rates before the end of the year. Trading in fed-fund futures reflect a 74.1% chance of a rate cut this year, with a 32.1% probability of two or more rate cuts by end of 2019, according to CME Group. That is a sharp reversal from just two weeks ago, when the market gave a more than 50% chance that the Fed would hold steady through the remainder of the year.

The growing belief that the Fed will move to cut rates sooner than later, perhaps in response to the economic effects of rising trade tensions, helped the stock market shake off trade concerns last week, and could continue to support equity prices going forward.

As a “trade deal has become much less likely [in the near term], what the bond market sees as increasingly likely is the Fed easing policy, a net benefit to stocks,” Gary Pzegeo, head of fixed income at CIBC U.S. Private Wealth Management, said in an interview with MarketWatch.

This belief, however, runs in contrast to signals being sent by Fed officials, who have consistently stated their lack of concern, thus far, with inflation running slightly below the Fed’s 2% annual target. In a May 1 press conference Fed chair Jerome Powell stressed that below-target inflation was “transitory,” while Kansas City Fed President Ester George, a voting member of the central bank’s interest-rate setting committee, said in a speech Tuesday that inflation running anywhere within a 0.5% range of the Fed’s 2% target should be acceptable, making recent readings of 1.6% annual price growth nothing to be concerned about.

Investors will get another chance to re-evaluate their projections of Fed policy next week, when the Fed on Wednesday releases minutes from its meeting that ended May 1.

Other than the Fed minutes, investors will get a snapshot of the U.S. economy, when the Chicago Fed distributes its national activity index on Monday. On Tuesday, the National Association of Realtors will put out its estimate of existing home sales for April, and on Thursday, the Labor Department will issue an estimate of new applications for jobless benefits. On Friday, the Commerce Department will release data on durable goods orders and core capital goods orders, key measures of the pace of business investment.

More than 90% of S&P 500 companies have reported first-quarter earnings thus far, but investors still have more reports to look forward to this week, with an emphasis on retailers.