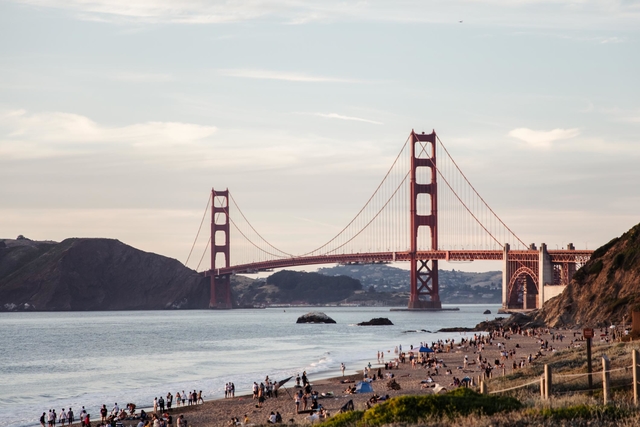 The J.P. Morgan healthcare conference couldn’t keep going the way it was. Once an investor conference within the confines of the Westin St. Francis, J.P. Morgan week has swelled to include side conferences, partnering discussions, networking events and cocktail receptions. And the hotels, restaurants and other businesses in San Francisco have caught on.

The price of accommodation, a cup of coffee, or even a seat in a hotel lobby have soared. The sight of well-heeled investors and pharma bigshots inking multimillion-dollar deals and attending extravagant parties amid people without homes in Union Square is hard to stomach. Add to that the jam-packed marathon of meetings, meetings and more meetings and it’s no wonder people have been predicting J.P. Morgan’s demise—or at least a course correction—for years.

This year’s conference, like many a meeting in 2020, will be 100% virtual. Public and private companies are making their presentations virtually rather than in the Westin. Companies big and small are meeting with investors—and each other—via Zoom. As a result, J.P. Morgan week is feeling more like J.P. Morgan month, multiple executives said. And that isn’t necessarily a bad thing.

“I have yet to find a person who says they like J.P. Morgan. It’s a terrible meeting. It’s terrible in the sense that it is too large,” said Norbert Bischofberger, CEO of Kronos Bio ahead of the conference. “I’m really looking forward to the virtual meeting. We’ve set up a number of meetings with companies, but it doesn’t all have to be during J.P. Morgan week.”

Bischofberger compared this virtual schedule against his experience as Gilead’s chief scientific officer and R&D chief: “We had at the Hilton close to the St. Francis, five rooms reserved. All of them were busy from 7 in the morning until 6 at night, every hour of the day there was a meeting in all of them and at the end of that week, my brain was always mush.”

The virtual aspect of all things J.P. Morgan means there is less pressure to cram every meeting into the span of three or four days.

“We hear many expressing a sense of relief that they don’t have to go to San Francisco to do what we would normally do each January,” said David Schull, president of Russo Partners. “And why? It has become so hectic, time-consuming and draining that people—client company executives, people in the investment community and journalists—have said they’ve finally found an excuse not to have to go. It forces us to think if this type of in-person setup is necessary to begin with.”

“I think there already was a trend toward J.P. Morgan becoming less of the one event of the year. I think it will always be an important event, but I believe this (virtual meeting) will reset the perception of how much it stands out compared to other investor conferences,” said PureTech Health CEO Daphne Zohar, who isn’t concerned if investor meetings spill over into the week after J.P. Morgan.

Abbie Celniker, a partner at Third Rock Ventures thinks this year’s virtual meeting will disrupt the momentum of J.P. Morgan, reeling it back to its roots.

For Tariq Kassum, CEO of Celsius Therapeutics, J.P. Morgan will just be “a regular week where people have fairly clear calendars such that we can have virtual meetings.”

“I don’t think there’s going to be a huge loss of productivity from an introductory meeting perspective,” Kassum said. “I think we will be able to have a good volume of those meetings. Where we are going to lose out is the impromptu conversations and reconnections with people in industry… who you naturally lose contact with.”

“If you know you want to partner with someone or build a relationship with investor X or investor Y, reaching out on Zoom is easy,” said Synlogic CEO Aoife Brennan. “But it’s the stuff you don’t know that you can’t plan for.”

However, San Francisco during J.P. Morgan may not be the best venue for informal networking. Some argue the environment for those unplanned meetings may already be long gone.

“It didn’t used to be that you couldn’t find a seat; you never used to pay to find a seat in a lobby. That had changed already,” Celniker said. “Some of the informal networking got squashed when they started charging you to sit in the Hilton.”

“I think J.P. Morgan is the wrong example to talk about informal. There is hardly any time left in the day or night to have informal meetings,” Bischofberger said.

Business travel may never get back to its pre-pandemic heights, but multiple executives and their communications and public relations colleagues hope that, after the pandemic recedes and travel resumes, J.P. Morgan will adopt a hybrid model of in-person and virtual events. Part of the reasoning is rooted in those serendipitous meetings we always hear about. But another part could be to do with the fact that many of us have been confined to our homes, working remotely, for the better part of a year.

“I miss people. Let’s bring back in-person interactions and connections,” said Tara Nickerson, chief business officer of Maze Therapeutics. That said, she acknowledged that now biopharma has figured out how to do things virtually, the genie isn’t going back into the bottle. She envisions a future where company presentations might be done virtually, but investor and partnering meetings could be done in person.

“I think the hybrid approach is perfect. If we had a time where all the virtual stuff happened maybe ahead of the meeting, then the week of the conference we could make it a little more about the quality and connecting. I think that would be a good compromise,” Nickerson said.

“I think some companies have been saying to themselves they’re going to earmark X amount of money to fly a number of people out, get hotel rooms and food, etc.,” said Karen Sharma, managing partner at MacDougall. “They’re going to say they actually don’t need to spend that money in 2022 or 2023. Maybe they send one person rather than five, or maybe they decide they can do all the meetings they need to do virtually.”

Whatever J.P. Morgan—and the rest of the biopharma industry—decides to do about future conferences, Jeremy Levin, CEO of Ovid Therapeutics and chair of the Biotechnology Innovation Organization, cautioned against simply reverting to the way things were before. This virtual meeting could be the launchpad to making J.P. Morgan more inclusive, an approach that has borne out at other investor meetings.

“We were at one investor conference where the bank told us the number of attendees was so much higher than in previous years because it was not limited to who could get to New York and be in that hotel that day. They had people participating from all over the world,” Nickerson said.

“The value of digital is that you are able to attract a broader audience. That is the greatest strength. That means you can platform multiple companies, different types of companies, over multiple different arenas. Your ability to showcase them goes up dramatically,” Levin said.

“What that might evolve into is a hybrid where, having showcased the entities virtually, a conference that had high value would be to drive not content about the companies themselves, but content about the industry, and then surrounding that, specific targeted meetings that allowed top-tier investors to meet with companies,” he added.

Rather than 60 people sitting through a presentation in the Westin, 1,000 people could tune in remotely and a subset of them decide they want to meet with the company in person.

“That would be high value,” Levin said. But for that to happen, J.P. Morgan would need to break down some walls, including opening up presentation spots to companies that aren’t its clients.

Others see J.P. Morgan—the investor meeting in the Westin—carrying on as it always has, but its accompanying circus of side events may disperse.

Once companies realize they don’t need to cram everything into a single week, they may decide to have meetings in a more natural way, talking on Zoom when they’re in different places and dropping by their partner’s or investor’s office when they happen to be in town, Bischofberger said. Other investor conferences could become more important to dealmaking, he said.

“I think that moving forward in 2022, companies are going to be looking for other avenues to have face-to-face time and have these strategic conversations,” Sharma said. “I think they will be looking at the calendar and thinking, ‘I can catch up with X company in early February in New York because there is Y biotech investor summit.”

Ultimately, only J.P. Morgan itself can determine what happens to the conference that anchors so many other events in San Francisco each January. Check back later this week to find out executives’ and readers’ thoughts on whether a location change is in the cards for the meeting.