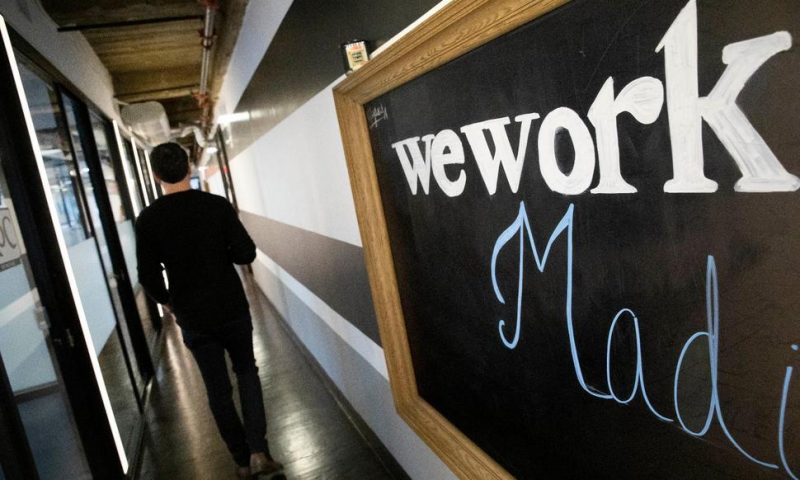 WeWork to sell off Meetup, cut jobs across units as part of turnaround plan.

NEW YORK — WeWork said Friday it will divest from several side businesses and cut jobs as part of a 90-day plan to turn itself around following its botched attempt to sell stock on Wall Street.

The office-sharing company will divest from five non-core businesses, including Meetup, the online community event organizer that WeWork bought in 2017, according to a newly released presentation first shared privately with investors in October. It will also sell its stake in women’s co-working company The Wing.

An unspecified number of job cuts will target administrative employees, those working in growth-related positions and those at ventures the company expects to scale back. Layoffs will not include “community teams” based within its shared office sites.

The document shows WeWork was still working to grow rapidly as its initial public stock offering unraveled in September, a crisis that left the company on the brink of bankruptcy and forced the ouster of co-founder Adam Neumann.

In the third quarter of 2019, WeWork added a record 108,000 desks at newly built shared offices, leaving it now with substantially more space to fill even as it pursues a painful restructuring. The newly added desks led to a slight dip in its average occupancy rate to 80%, compared to 83% the previous quarter.

New York-based WeWork now has 580,000 members in 600 locations across 122 cities in 32 countries. The company said 43% of its members are larger companies with more than 500 employees. Its future strategy will focus on shoring up that clientele, which commits to longer-team leases that provide a steadier revenue stream.

WeWork’s planned IPO collapsed after investors balked at losses that grew to nearly $2 billion year and at the company’s business model that offered no clear path to profitability.

It escaped possible bankruptcy with a $9.5 billion bailout from Japanese tech conglomerate Softbank, which took an 80% stake in the company. About $3 billion went to buying shares from stakeholders including co-founder Neumann.

WeWork laid out a plan to focus on its core office-leasing operations and away from Neumann’s scattered vision, which included investing in Spanish wave-pool startup Wavegarden, an apparent reflection of his love of surfing. The stake in Wavegarden is now up for sale.

In an apparent reference to Neumann, the company said it is moving away from a “founder-led” leadership and toward “proven executives in membership focused, subscription-based businesses.”