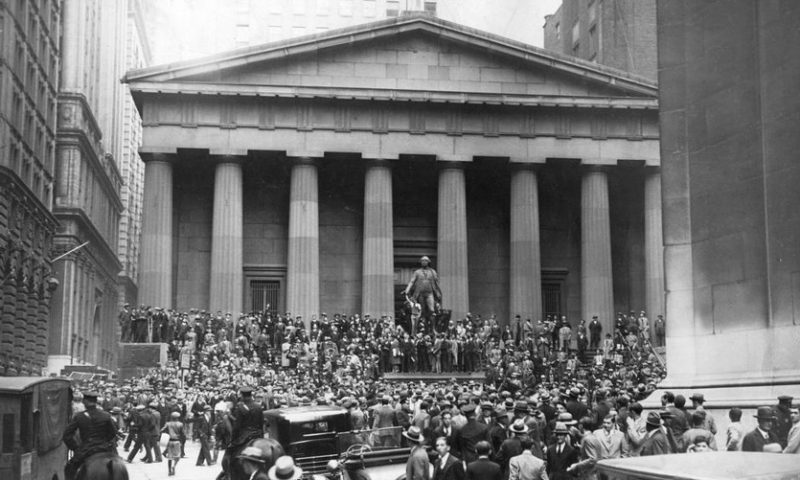 ‘When this thing implodes, we are all screwed. On a global scale, we have never before created such a magnificent bubble. These central bankers are clueless, and they have proven that beyond a doubt. All they can do is to try to keep the bubble going.’

That’s Michael Pento of Pento Portfolio Strategies giving his timely Halloween-week assessment of the current climate in an interview on USAWatchdog.com.

At this point, if the Federal Reserve stops juicing the economy, Pento argues, we could be looking at another depression.

“That’s why the Fed’s panicking,” he said. “If anybody still believes they’re omniscient or omnipotent or know their butt from their elbow, that’s over.”

The Federal Reserve is expected to lower its benchmark interest rate this week by 25 basis points, the third such cut in three months. According to the minutes from the Sept. 17-18 meeting, “downside risks had become more pronounced since July,” yet “several participants” wanted the Fed to provide more clarity on when the response to those risks, including “trade uncertainty,” would end.

Pento, whose holdings lean heavily on Treasurys TMUBMUSD10Y, +0.67% and gold GC00, -0.11% , expects the interest-rate cuts to keep coming in the face of record household and corporate debt.

“It’s not that it’s QE. It’s QE on steroids,” he said. “Everybody knows that this QE is permanent just like any banana republic would do, or has done.”

With all the imbalances in the system, Pento says the Fed is well aware the next recession won’t be a mild one, so it keeps pumping to avoid that fate.

“The plunge in the stock market would be huge and from a much higher level,” he said. “Back in the Great Recession, unemployment claims spiked. We had millions of people laid off, and the same thing would happen today only… much worse.”

Gold ends below $1,500 as stocks rally ahead of this week’s Fed meeting