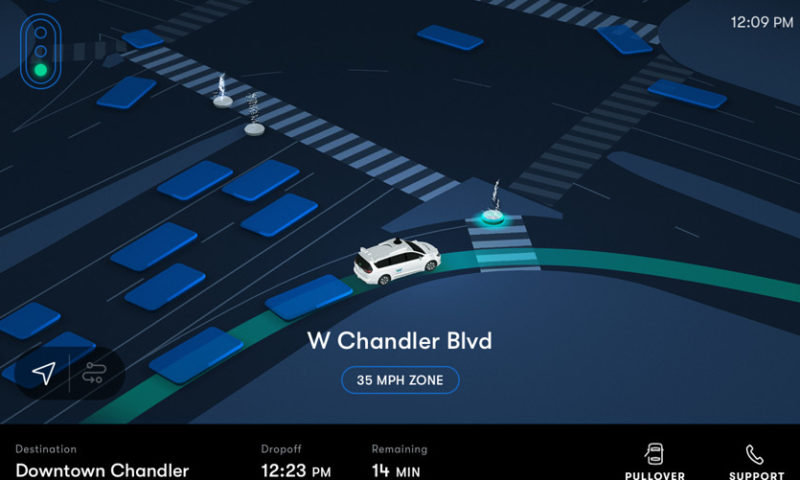 Waymo launched its first driverless-car service Wednesday in Arizona, vowing to proceed “carefully” with the technology and at least initially keeping a person in the driver’s seat in case of emergencies.

Waymo One, as the program is called, will first be offered to people in the company’s early-rider program, in which more than 400 Phoenix-area residents have signed up since last year to help test-drive driverless cars in their neighborhoods, Waymo said Wednesday, adding that some of those volunteers have already ridden in fully driverless cars.

Waymo, a unit of Alphabet Inc. GOOGL, -4.83% GOOG, -5.03% , said it expects to “gradually roll out” the driverless-car program over the future, and the early-rider program will continue.

At the start, trained drivers will be riding in the driver’s seat “to supervise our vehicles for riders’ comfort and convenience,” Waymo said.

“Over time, we hope to make Waymo One available to even more members of the public as we add vehicles and drive in more places,” Krafcik said Wednesday, without specifying a timeframe or additional locations. “Self-driving technology is new to many, so we’re proceeding carefully with the comfort and convenience of our riders in mind.”

The early riders invited to Waymo One will get access to the program through a smartphone app. They will be able to use the app to call a Waymo self-driving car around the clock, and see price estimates, based on distance and time, before they accept the trip.

Riders also will be able to connect with Waymo support through the app and ask questions such as whether they can change their destination. Up to three adults and a child can ride, Waymo said.

For Americans looking for a better life, this state is their No. 1 choice

Global carbon pollution up sharply in 2018; ‘This is terrible news’