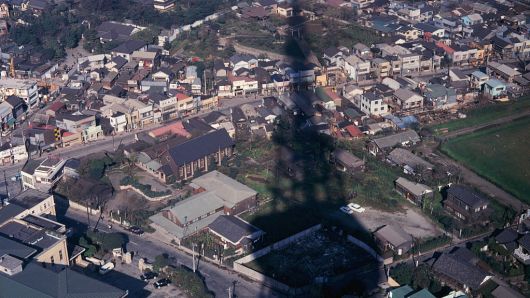 Japan has an increasing number of vacant homes — a problem that’s set to persist because of an aging and shrinking population that has left many towns and villages empty.

Abandoned properties in the world’s third-largest economy are among the least-discussed side effects of the country’s demographic changes. But it’s getting more attention given the increasing number of affordable — and sometimes free — houses put up for sale online on websites called “akiya banks.”

Akiya is the Japanese term for vacant homes. Many of such sites are set up by local governments and communities to better manage the supply and demand for the growing stock of empty houses in their respective towns.

On one website, several homes are free, with the buyer having to pay only taxes and fees such as agent commissions.

“This is usually because the owners cannot take care of the property anymore or do not want to pay the property tax that applies in Japan for a home that they do not use,” said real estate site REthink Tokyo in an October report.

The free homes also usually require major refurbishment because they are old and run down. But some local governments — such as the Tochigi and Nagano prefectures — offer subsidies for renovation work on vacant houses.

Across Japan, the number of vacant homes stood at 8.196 million in 2013, representing around 13.52 percent of the country’s total housing stock, according to latest data by the Ministry of Internal Affairs and Communications.

The 2013 figures were higher than 2008’s 7.568 million empty houses, which accounted for about 13.14 percent of Japan’s total homes that year, according to the data. By 2033, the proportion of vacant homes in Japan is expected to grow to surpass 20 percent, according to Fujitsu Research Institute.

Japan’s vacant homes are largely concentrated in rural towns, but the phenomenon has started to show up in the suburbs and larger cities, according to various media reports such as The Japan Times.

In Tokyo, the proportion of vacant homes stood at 11.1 percent in 2013 — among the lowest in the country, according to official statistics. But that number is expected to grow above 20 percent by 2033, said Fujitsu Research Institute.

“Even by halving the number of new residences … and doubling the number of residences torn down, it will be nigh impossible to reduce vacant housing rates. Vacant homes will doubtless become a more severe issue in the future,” the institute said in a report.

London house price boom over, at least for now