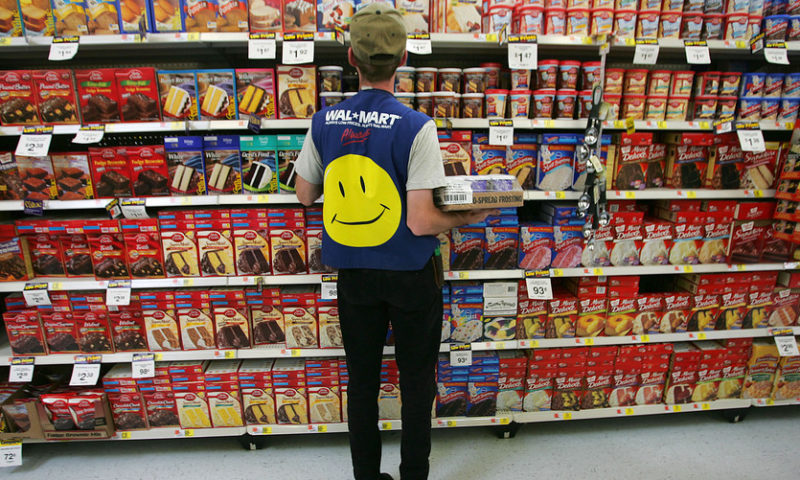 The letter, dated September 6, focuses on what Walmart WMT, +0.16% says will be the repercussions of the tariffs, which would apply to goods like food and beverages, personal care products like shampoo, detergents, motor vehicles and paper goods like napkins.

Walmart is the biggest retailer in the U.S.

The tariffs were initially proposed in July and are scheduled to go into effect on September 24. The 10% tax on Chinese imports will rise to 25% on January 1, 2019, according to members of the Trump administration.

China said it would impose tariffs on $60 billion worth of U.S. goods. And China’s Commerce Ministry has vowed retaliation and says the proposed U.S. plan has led to “uncertainty” for negotiations between the two countries.

The company also said that tariffs would put a commitment to purchase an additional $250 billion in products that support American jobs in jeopardy.

“For lower-income families, a 25% tax on these items would be a serious burden on household finances,” Walmart wrote. “Walmart and our suppliers will pay the cost of increased duties, which are simply taxes levied on products at the border. As a result, either consumers will pay more, suppliers will receive less, retail margins will be lower, or consumers will buy fewer products or forego purchases altogether.”

Walmart outlined the hurdles in finding alternate suppliers, including safety issues on products for children, and the fact that China is the primary or sole source of imports for many products. There are also requirements that new suppliers have to meet, and costs that could come from the change.

The retailer also says that it serves as an exporter of many goods through channels like Walmart China. Many of these items face tariffs as well. Cherries, for example, face 50% duties and, according to Walmart, have seen sales and margins slip.

Other U.S. items of concern include beef, pork, nuts and wine, which are subject to Chinese retaliation.

The National Retail Federation has also chimed in, with the organization’s President Matthew Shay saying that “thousands” of businesses consider this a “tax on American families.” The NRF has joined a coalition of more than 100 groups called Americans for Free Trade that will oppose tariffs and partnered with Farmers for Free Trade on a campaign that will host town hall events and perform outreach to Congress and the Trump administration on the issue. Events are planned for Chicago, Nashville, Pennsylvania and Ohio.

“It’s disappointing that, despite the voices of those impacted, the administration continues to advance harmful tariff policies that threaten to weaken the U.S. economy,” the statement said. “We cannot afford further escalation, especially with the holiday shopping season right around the corner.”

The Retail Industry Leaders Association says it is “disappointed” by the tariff announcement as well.

“While we support the Administration’s goal of holding our trade partners accountable, American families, not China, will be paying a new tax on everything from toilet paper to home goods to furniture and pet supplies,” Hun Quach, vice president of international trade for RILA, said in a statement.

iPhone lines were shorter this year, though that might not mean much for Apple