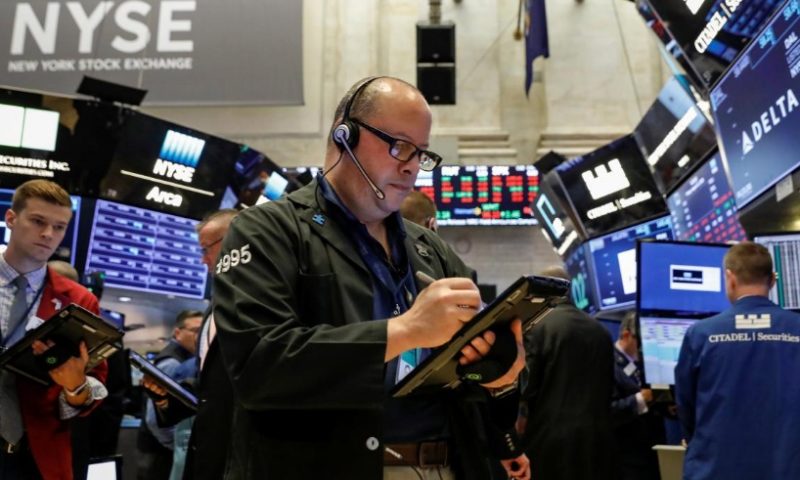 Wall Street’s major indexes fell on Friday as U.S. President raised the possibility of additional tariffs on Chinese imports and Apple Inc indicated that some of its products could be subjected to such levies.

U.S. stocks were lower for most of Friday’s session but dipped further in the last half-hour of trading on reports that Apple products, including the Apple Watch and AirPods, would be slapped with duties. Apple shares, which had been in positive territory for most of the session, ended 0.8 percent lower.

The company provided those details in response to the White House’s proposed tariffs on $200 billion worth of Chinese imports. A comment period for those tariffs ended on Thursday night. Earlier on Friday, White House economic adviser Larry Kudlow said Trump would not make any decisions on those tariffs until officials evaluated public comments.

“Apple is a bellwether name,” said Quincy Krosby, chief market strategist at Prudential Financial in Newark, New Jersey. “(That’s) why we may be seeing some profit-taking going into the weekend.”

The escalated trade rhetoric contributed to anxiety among investors regarding the market’s outlook.

“There’s the possibility of (China) devaluing its currency again, which pushes up the dollar and turns the pressure up on U.S. exporters,” Krosby said.

The S&P and Dow had opened lower after the U.S. Labor Department’s employment report showed accelerating job growth and a surge in wage growth. Though the report indicated a strong economy, it raised concerns among investors regarding inflation and the Federal Reserve’s plans for increasing interest rates.

With the added pressures from trade concerns, 10 out of the S&P’s 11 major sectors ended lower. Only health care stocks posted gains.

Declining issues outnumbered advancing ones on the NYSE by a 2.21-to-1 ratio; on Nasdaq, a 1.24-to-1 ratio favored decliners.

Volume on U.S. exchanges was 6.25 billion shares, compared to the 6.2 billion average over the last 20 trading days.