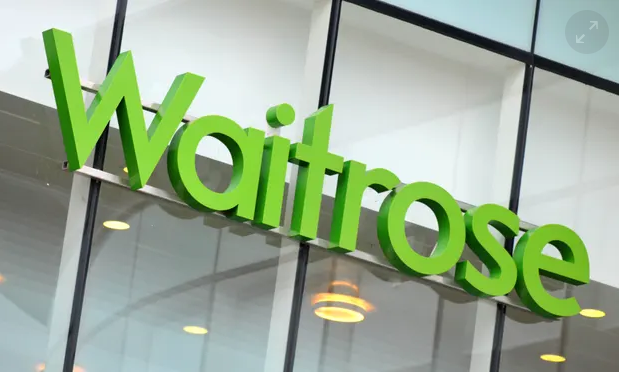 The boss of Waitrose has quit the business as part of a radical overhaul that will merge the supermarket’s management with its John Lewis department stores sister chain in an effort to cut costs.

The retailers’ parent group, the John Lewis Partnership, will axe one in three senior head office management posts – 75 out of 225 – as part of the reorganisation, which will save the company £100m.

The posts of managing director for both Waitrose and the John Lewis department stores chain are being eliminated as the group cuts costs after falling to its first ever half-year loss.

Rob Collins, who joined the group as a graduate trainee at the John Lewis Oxford Street department store in 1993 and rose to managing director of Waitrose, is expected to receive a payoff of about £1m – a year’s salary, although the company would not confirm the terms of his departure.

Collins said: “I have been closely involved in the planning of the Future Partnership programme and I’m very confident that the new structure is the right one for the future. I am certain it will enable the business to continue its long history of successfully adapting to changing times. There isn’t a role in the new structure that I believe is right for me personally, and so I have decided to leave.”

The restructuring comes just four months before the arrival of Sharon White as chairman of the group. White, currently chief executive of Ofcom, the broadcasting regulator, is an economist by training and has worked at the World Bank and British embassy in Washington, as well as in Tony Blair’s policy unit at No 10, but has no background in retail.

In a statement she said she was “passionate about working together as one partnership” and there was “huge potential to unlock from partners working across our two great brands”.

Last month the partnership revealed it had made an underlying pretax loss of £26m in the six months to 27 July compared with a profit of £800,000 in the same period a year before. Waitrose was the better performer, recording a profit of £110m, while the John Lewis department stores posted an underlying loss of £62m as shoppers shied away from big ticket purchases. Sales at both chains were down.

Earlier this year the group slashed its staff bonus to 3% of salary – its lowest level in 66 years.

Nickolds will sit on a new eight-strong executive board, which teams from both John Lewis and Waitrose will report to. Operations across both brands will be headed by Andrew Murphy, currently director of IT and transformation for the group, and Patrick Lewis – the great-grandson of the store chain’s founder – will continue as finance director. Bérangère Michel will head customer service and Tracey Killen will head people management. Two new directors – for trading and strategy – are being sought.

Nickolds will no longer sit on the group’s partnership board, the company’s top management team. It will now have only two executive board members – Lewis and the incoming chairman, Sharon White – who will work alongside non-executives and directors elected by the group’s workforce.

Sir Charlie Mayfield, the chairman of the John Lewis Partnership, said: “Our current structure has served us well in the past, enabling us to develop two of the UK’s most loved and trusted brands.

“However, the lesson of the last two years is that we need more innovation, faster decision making and bolder steps to align our operating model with our strategy. This is what the Future Partnership is all about.”

The company said its new structure would enable it to develop and set strategy across both its brands in one place, speed up decision-making and make internal and customer service systems more efficient. The group said it wanted to develop shared IT and supply chain platforms.

The restructure is likely to fuel rumours that the group will close or downsize one of its two head offices – in London’s Victoria and Bracknell near Reading and cut further head office jobs next year.

Thomas Brereton, a retail analyst for GlobalData, praised the group’s efforts to cut costs in a tough market. But he added: “Running a unified strategy for two retailers with such a varied proposition is questionable.”

He added: “The merging of both businesses signals a single-minded focus on delivering cost-saving efficiencies, improving productivity and creating a harmonised proposition to leverage value from their customer base.”
He said the changes would help the business deliver consistent service across its online and high street outlets.

Gold drops below the key $1,500 mark to post lowest finish in 2 months

Greggs to stockpile bacon and tuna to avert Brexit shortages