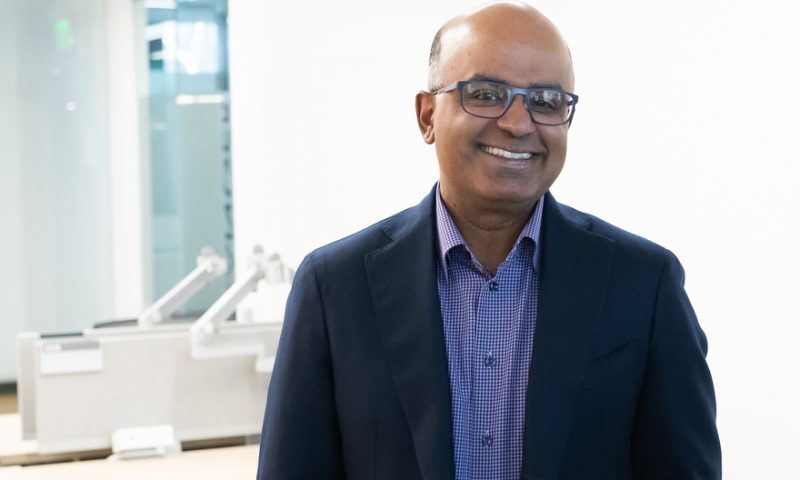 Verve Therapeutics debuted nearly two years ago with $58.5 million and a goal to bring one-and-done gene editing treatments to heart disease. Now, the company is marching toward the clinic with a treatment for a genetic form of high cholesterol.

The treatment, VERVE-101, is a base editor, meaning it doesn’t cut DNA like CRISPR gene editing systems do. Instead, it changes one base, or letter, in the genome to a different one without affecting the letters around it. Its first target? An inherited form of high cholesterol called heterozygous familial hypercholesterolemia, or HeFH.

People with HeFH have a gene mutation in the liver that causes very high cholesterol levels and leads to heart attacks or strokes relatively early in life. VERVE-101 is designed to cut those cholesterol levels by blocking the PCSK9 gene.

The treatment is a lipid nanoparticle comprising a guide RNA to find the target letter on the PCSK9 and an mRNA that changes an A base in the gene to a G, thus inactivating the gene and lowering cholesterol.

Verve reported data last June showing the approach worked in monkeys. Two weeks after injection, the study found the treatment switched off the PCSK9 gene in 67% of liver cells, causing an 89% drop in PCSK9 protein in the monkeys’ blood and a 59% dip in LDL, or “bad,” cholesterol in their blood. Now, six months down the line, those changes have held.

“We are showing for the first time that base editing in vivo in the liver can be durable in nonhuman primates,” said CEO Sekar Kathiresan, M.D., during the annual J.P. Morgan healthcare conference. “What this means in the big picture is our dream of a one-and-done for LDL lowering is going to work. These data give a lot of confidence that lowering will be there for the lifetime of the animal.”

So, what comes next? 2021 will be all about toxicity studies in animal models to set up an IND filing and a first-in-human trial in 2022, Kathiresan said.

Verve is starting with HeFH because it’s a serious disease with a clear genetic cause that’s hard to treat. After this first indication, though, Verve plans to branch out into bigger patient populations, first into “the more garden variety” atherosclerotic heart disease and then into the preventive setting.

Verve hopes that a one-time gene editing injection could eliminate the hurdles facing cholesterol-lowering statins and other medicines. These include poor adherence, high costs, limited access and lack of insurance, Kathiresan said. And though approval and commercialization are still far out, Verve is already learning how it might roll out its treatments.

“COVID-19 has really helped give us a line of sight to access … Our drug is an mRNA for the base editor and a guide RNA targeting the gene PCSK9. Those two nucleic acids are packaged in a lipid nanoparticle. That looks very much like the COVID-19 vaccines, at least the mRNA vaccines,” Kathiresan said.

“Billions of doses are being made around the world at very affordable cost, so now we see a path to where there can be cost-effective manufacturing of mRNA and lipid nanoparticles, and, with sufficient scale, we think even something like a gene editing medicine can be brought to the marketplace,” he added.

As Verve moves VERVE-101 toward the clinic, it will keep plugging along at its preclinical pipeline. Besides PCSK9, it has identified seven other genes, such as ANGPTL3, where loss-of-function mutations—mutations that “break” the gene—protect people from heart attacks. The company is evaluating whether base editing, CRISPR-based editing or an entirely different approach would work best for each target, Kathiresan said.