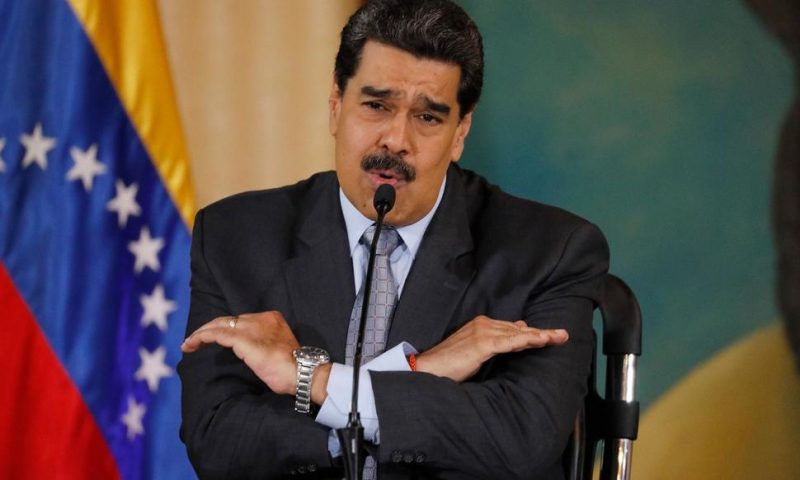 The Venezuelan ambassador to Japan says his bank account has become inaccessible in an apparent fallout from President Donald Trump’s decision to freeze Venezuelan assets in the U.S.

TOKYO — The Venezuelan ambassador to Tokyo says his bank account has become inaccessible in Japan in what he said was apparently a consequence of President Donald Trump’s decision to freeze Venezuelan assets in the United States.

Ambassador Seiko Ishikawa told The Associated Press that the accounts of two other Venezuelan diplomats in Japan and that of his wife, a Japanese citizen, were also frozen.

He said the frozen accounts were all personal, and the embassy’s account was still working.

That put the nation on a short list of U.S. adversaries — including Cuba, North Korea and Iran — targeted with such aggressive financial measures.

As a U.S. ally, Japan would face pressure to comply with such sanctions.

Officials at the Foreign Ministry and the bank, SMBC Trust Bank, declined comment.

Ishikawa said he contacted the Foreign Ministry and bank after the problems with the accounts surfaced last month.

“We explained that for us it was an unacceptable measure taken by the bank, a unilateral decision, first of all because it is an extraterritorial application of a measure that originated in the U.S.,” he said.

Ishikawa stressed he and the diplomats have proper credentials from the Japanese government, but the inconveniences they suddenly faced were enormous.

“Just imagine not being able to operate your bank account,” he said.

“That’s a big problem, of course.”