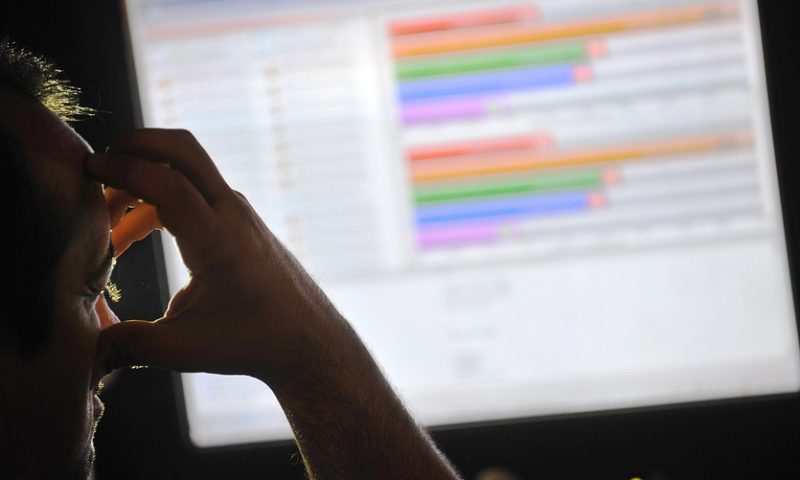 Of all the times for a massive money manager to glitch out, Thursday was not one of them.

Some Vanguard customers fumed on Twitter TWTR, +3.67% that they couldn’t get through on the phone or online to make trades. “I can’t even see straight I’m so livid. Just plain unacceptable,” one client tweeted.

The company, which has $5 trillion in assets under management, replied online to the locked out client, as it did with several others seeking more information to help them out.

Vanguard later said the connectivity outages were blips and people trying to log back onto the site a few minutes later usually were able to get in. “The issues were unrelated to yesterday’s U.S. equity market downturn, or associated call or online trading volumes,” a Vanguard spokeswoman said.

Another Vanguard client named Alice, who declined to give her last name but goes by the handle @UOATrader, told MarketWatch she saw Alibaba BABA, +3.80% stock prices dropping Thursday morning and wanted to sell her last five shares of the Chinese conglomerate at $143.

The woman, trading her own IRA, said she placed her first call at 9:39 a.m. only to hear a recorded message about phone lines being down for maintenance. “I figured this must be a glitch,” she said.

She got through to a representative about 20 minutes later and had to sell the stock at $140.80 instead, and was informed that service agreement terms barred sales at higher prices that are missed because of technical difficulties.

The representative let Alice pay the cheaper online trade fee, about $8, instead of the slightly costlier phone fee around $25 to $30, she noted. The price difference didn’t make up for a big dent in her payout, the woman acknowledged, but the small differences could add up.

“I’m not trying to beat up on Vanguard, but I think I got the short end that day,” she said.

The Vanguard spokeswoman added, “We know that it is frustrating when clients don’t get the high standards of service they expect from us, and we’re very sorry. We are investing considerably in technology to improve the client experience and ensure the accessibility of our sites and mobile platforms.”