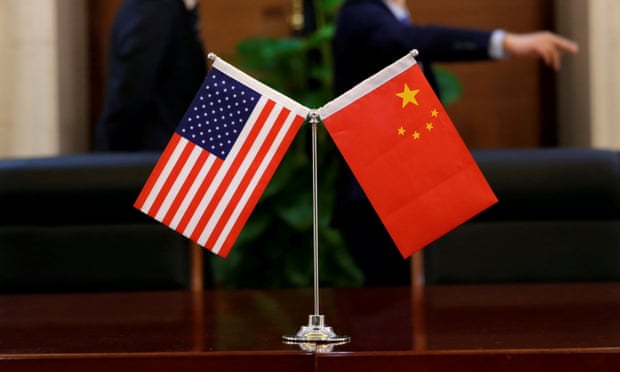 The US state department has renewed its warning for US citizens traveling in China to exercise increased caution due to “arbitrary enforcement of local laws” amid heightened diplomatic tensions over the arrest in Canada of a Chinese technology company executive.

The updated travel advisory maintains the warning at “Level 2” but also warns about extra security checks and increased police presence in the Xinjiang Uighur and Tibet Autonomous Regions.

The updated travel advisory follows the detentions of two Canadians in China, who said they were suspected of harming China’s security.

Michael Kovrig, a former diplomat and an adviser with the International Crisis Group (ICG) thinktank, and businessman Michael Spavor, were detained after Canadian police arrested the Huawei executive Meng Wanzhou at the request of the US.

China’s top prosecutor said on Thursdaythe two men had “without a doubt” violated the law.

“Without a doubt, these two Canadian citizens in China violated our country’s laws and regulations, and are currently undergoing investigation according to procedure,” Zhang Jun, China’s prosecutor general, said.

US prosecutors have accused Meng, the Huawei CFO, of misleading banks about transactions linked to Iran, putting the banks at risk of violating sanctions.

Canada has said several times it saw no explicit link between the arrest of Meng, the daughter of Huawei’s founder, and the detentions of Kovrig and Spavor.

But Beijing-based western diplomats and former Canadian diplomats have said they have no doubt the cases are linked.

Canada has said the detentions are unacceptable and the US secretary of state, Mike Pompeo, has said China should free the men.

Under Chinese criminal procedure law, special forms of detention and interrogation can be used for state security suspects.

In its previous travel advisory for China issued on 22 January last year, the US state department urged Americans to “exercise increased caution” in the country because of “the arbitrary enforcement of local laws and special restrictions on dual U.S.-Chinese nationals”.

The latest advisory repeats that warning but adds: “Extra security measures, such as security checks and increased levels of police presence, are common in the Xinjiang Uighur and Tibet Autonomous Regions. Authorities may impose curfews and travel restrictions on short notice.”

The advisory also warns about China’s use of “exit bans” that would prohibit US citizens from leaving the country, sometimes keeping them in China for years.

North Korean Envoy to Italy Vanishes _ Did He Defect?