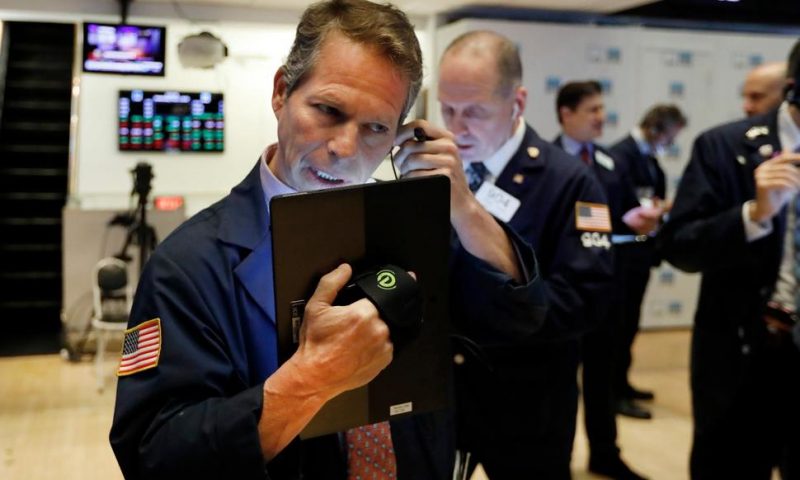 Fresh market jitters over the possibility of an escalation in the costly trade war between the U.S. and China pulled stocks broadly lower on Wall Street Monday.

Fresh market jitters over the possibility of an escalation in the costly trade war between the U.S. and China pulled stocks broadly lower on Wall Street Monday.

President Donald Trump threatened over the weekend to raise tariffs on goods imported from China. Trump complained that the trade talks between the two countries are moving too slowly.

Stocks slumped early but then gradually recovered a good portion of the losses, a sign that investors’ hopes of a trade deal haven’t dimmed entirely. China remained committed to sending a delegation to talks later this week in Washington despite the Trump threat, and some investors appeared to conclude that the president’s warning was just more high-stakes posturing.

However, after the market closed, U.S. Trade Representative Robert Lighthizer said that the tariff increases that Trump threatened to impose on China would go into effect 12:01 a.m. Eastern time Friday. He did say negotiations would resume Thursday in Washington.

The ratcheting up of the trade rhetoric from Washington came after the U.S. and China sent signals in recent months that talks on resolving the dispute were progressing.

Hopes for an accord between the world’s two largest economies contributed to the big run-up in stock prices in the U.S. and China so far this year. The S&P 500 and Nasdaq hit all-time highs last week.

However, investors have gotten their hopes up that the trade issue was close to being resolved a number of times in recent months, only to be disappointed when new flare-ups arose.

“You’ve seen that the sell-off has been so far contained and part of that is the perception that the president has done this before,” said Marina Severinovsky, investment strategist at Schroders.

The U.S. and China have raised tariffs on tens of billions of dollars of each other’s goods in their dispute over U.S. complaints about Chinese technology ambitions.

Tariffs currently in place have already raised costs on goods for companies and consumers, and disrupted trade in goods from soybeans to medical equipment.

Many sectors of the market posted declines Monday, including technology, industrial and materials companies, retailers and banks.

Wynn Resorts, with a host of casinos and hotels in Macau, gets about 75% of its revenue from China. Its stock tumbled 4.1%.

Investors have been digesting mixed reports about the U.S.-China trade talks for months and have largely discounted concerns about a failure in negotiations. The broader market has been posting gains all year on encouraging economic growth and solid corporate earnings results.

Elsewhere in the market, Boeing fell 1.3% after it disclosed that it did not warn airlines about a faulty safety alert until after one of its planes crashed.

The sensors malfunctioned during an October flight in Indonesia and another in March in Ethiopia, causing software on the plane to push the nose down. Pilots were unable to regain control of either plane and both crashed, killing 346 people.

US to Add 30,000 Seasonal Worker Visas as Soon as This Week