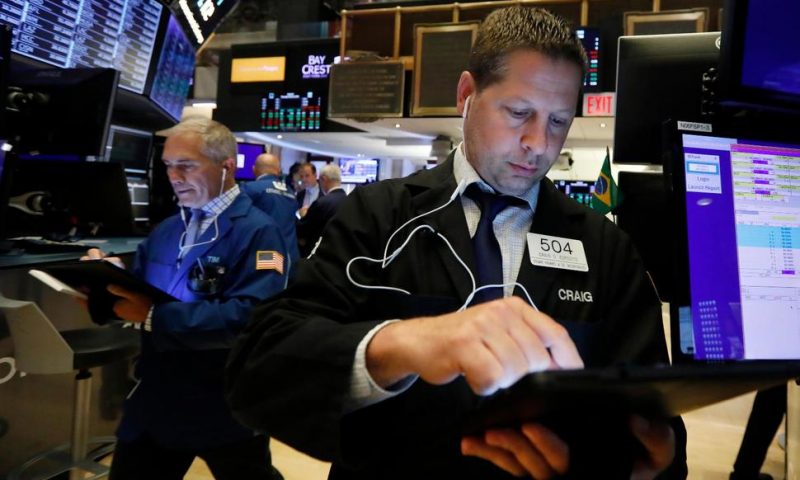 Wall Street turned the page on a painful May in the stock market by notching its best week since late November.

Wall Street turned the page on a painful May in the stock market by notching its best week since late November.

Stocks climbed for a fourth consecutive day Friday, capping a week of gains that reversed most of the losses in May, when President Donald Trump’s tariff threats escalated trade wars with China and Mexico.

The latest rally came as investors welcomed a report showing that the U.S. added fewer jobs than expected last month. The lackluster snapshot of hiring appeared to increase the odds that the Federal Reserve will have to cut interest rates in coming months.

The lackluster jobs report could signal growing caution by businesses as economic growth slows and the U.S. engages in multiple trade conflicts.

Bond prices rose, pushing yields lower, a sign that the market is worried about slower economic growth. The yield on the 10-year Treasury fell to 2.08% from 2.12% on Thursday. That hurt banks, which rely on higher yields for profit from loan interest. Citigroup slid 1.2%.

Analysts are more confident that the Fed is closer to cutting rates as it gauges the latest weak employment data and downward revisions for previously reported data. The Labor Department said U.S. employers added just 75,000 jobs last month, and also said hiring in March and April was not quite as robust as originally reported.

“The stock markets are banking on the Fed’s ability to step in and save the day, as it has for much of the last decade,” said Cliff Hodge, director of investments for Cornerstone Wealth.

The next rate cut could come as early as July, he said, as the slide in bond yields signals that investors are preparing for slower economic growth.

While investors welcome the idea of a rate cut, such a move would suggest that the central bank is worried about the economy, which would not be good for the labor market, said Sameer Samana, senior global market strategist at Wells Fargo Investment Institute.

“We would view that as a sugar high as opposed to what the market really needs in order to make meaningful new highs driven by fundamentals,” Samana said. “Especially today with the market now back close to 2,900, our 2 cents for investors would be that the risk outweighs the reward.”

Investors were also optimistic about prospects for a U.S.-Mexico trade deal. The U.S. is poised to start imposing 5% tariffs on Mexican goods Monday but both sides are negotiating and media reports have suggested that the U.S. could consider delaying the tariffs.

Even with this week’s gains, several sectors have a ways to go before they make up the losses they suffered last month as the trade disputes escalated.

The technology heavy Nasdaq is still down 5.2% from its record on May 3. Facebook and Google parent Alphabet dragged down the internet-heavy communications sector over the past month. It’s down 7.5% from its April 29 high, the worst drop of any S&P sector. Consumer-focused stocks are down 4.6%, with a large portion of companies depending on China for significant revenue.

Meanwhile, investors have bought bonds, signaling their expectation that the Fed would cut rates. The yield on the 10-year Treasury is now 2.08%, down from a close of 2.48% on April 7. Yields move inversely to bond prices.

On Friday, traders showed a hearty appetite for Beyond Meat, driving its shares 39.3% higher, after the plant-based meat maker beat Wall Street’s first quarter financial forecasts. The company also gave investors a solid revenue forecast for the year. At around $138, Beyond Meat’s stock price is now more than five times higher than the $25 offering price of its May 2 initial public offering.

Barnes & Noble rose 11.1% after the last of the big book retailers announced its sale to a hedge fund for $476 million. Elliott Management is expected to complete the buyout in the third quarter. The chain was blamed for the demise of independent bookstores and was ultimately laid low by the shift to online sales and Amazon’s rise.

FedEx Will Stop Air Shipments of Packages for Amazon

US Hiring Slows Amid Trade Rifts and Weaker Global Economy