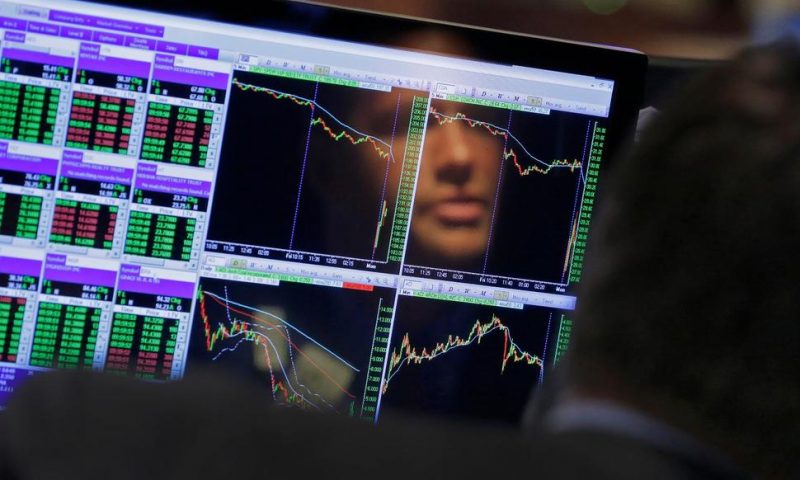 Major U.S. stock indexes ended mostly lower Monday amid signs that the Trump administration is laying the groundwork to ratchet up scrutiny on some of the market’s biggest names: Apple, Facebook, Amazon and Google.

Major U.S. stock indexes ended mostly lower Monday amid signs that the Trump administration is laying the groundwork to ratchet up scrutiny on some of the market’s biggest names: Apple, Facebook, Amazon and Google.

Google’s parent Alphabet lost 6.1% and Facebook sank 7.5%. Apple shed 1% on the day that the iPhone seller kicked off its annual software showcase. Amazon fell 4.6%. The four have a combined market value of nearly $3 trillion, and their losses helped tilt the S&P 500 lower on a day when there were actually more gainers than losers in the stock market.

Investors were reacting to media reports suggesting that government regulators are setting the stage for potential antitrust probes into each of the four technology giants.

The sell-off knocked the tech-heavy Nasdaq composite index into a correction, Wall Street speak for a drop of 10% or more from a peak. The Nasdaq hit its most recent all-time high early last month, before the trade dispute between the U.S. and China escalated, setting off a monthlong slide.

“We do have this trade uncertainty, and we now have some uncertainty with tech companies and government regulations,” said Karyn Cavanaugh, senior markets strategist at Voya Investment Management. “These are the go-to big names, and if they’re vulnerable, that just makes investors a little bit nervous.”

U.S. stock indexes briefly headed higher, with technology companies among the big gainers, in what appeared to be a budding rebound for the market after it closed out May with its first monthly decline this year.

But the slight gains evaporated as investors weighed the implications of a possible wave of heightened scrutiny on the market’s biggest technology companies.

Alphabet tumbled as media reports suggested it faces an antitrust investigation by the Justice Department.

The company has faced a series of European regulatory investigations into its practices. In one instance last year, it was fined $5 billion by European regulators over contracts dealing with smartphone makers and the search engine’s apps.

The speculation over the latest investigation comes on top of a tough weekend for the company when high levels of network congestion caused outages for some of its services, including YouTube and Google Cloud.

Reports also suggested the Justice Department would take the lead on any probe into Apple, while any antitrust investigations into Amazon and Facebook would come from the Federal Trade Commission. Reports say consumer groups and vendors have complained that Amazon is unfairly edging out competition as it expands its business and offerings.

Declines by the big tech companies depressed their sectors for much of the day. Microsoft dropped 3.1% and Twitter slid 5.5%. The losses outweighed gains in household goods makers, banks and elsewhere in the market.

The day of indecisive trading came amid a wave of volatility in the market as investors wrestle with the uncertainty of the U.S. and its growing use of tariffs in international trade disputes.

Investors spent the bulk of May fleeing to safer holdings as a global trade war flared up. China and the U.S. have been escalating their trade dispute with more tariffs on each other’s goods while also threatening to ban technology and resource sales. The U.S. expanded its trade war and threatened to impose tariffs on Mexican goods starting June 10 because of an immigration dispute.

All of these moves have rattled investors’ confidence in prospects for global economic growth. Bank of America Merrill Lynch lowered its earnings estimates for companies in the S&P 500, citing trade tensions. Analysts have also warned that uncertainty over trade deals will crimp business confidence and keep companies from investing internationally.

“Things are likely to get worse before they get better,” said a Bank of America Merrill Lynch report.

The investment bank is recommending more caution from investors as trade disputes play out. Investors have already been heading to less-risky holdings, including utility stocks and bonds, since the trade dispute with China sharply escalated in May.

Companies in the S&P 500 performed better than expected in the first quarter, posting less than a half-percentage point contraction in profit, according to Factset. But, the trade war continues hanging over the current quarter, with analysts expecting a 2% contraction in corporate profit.

Bond prices climbed again Monday, pulling the yield on the 10-year Treasury note down to 2.07% from 2.14% late Friday.

Cypress Semiconductor surged 23.8% on the announcement that German chipmaker Infineon is buying the company for more than $10 billion in cash. Cypress Semiconductors specializes in wireless and USB technology and Infineon said the deal with create the eighth biggest chipmaker in the world and a leading supplier of chips to the automotive sector.

Centene slid 10.3% after Humana declined to make a buyout proposal. Both insurance companies focus heavily on government-sponsored plans, including Medicare and Medicaid. Humana made clear that it is not seeking Centene in a rare filing aimed at quashing investor speculation. Humana shares rose 2.2%.

El Paso Electric jumped 13.5% after getting a $2.78 billion buyout offer from a private equity fund affiliated with J.P. Morgan.

US Construction Spending Was Flat in April as Housing Fell