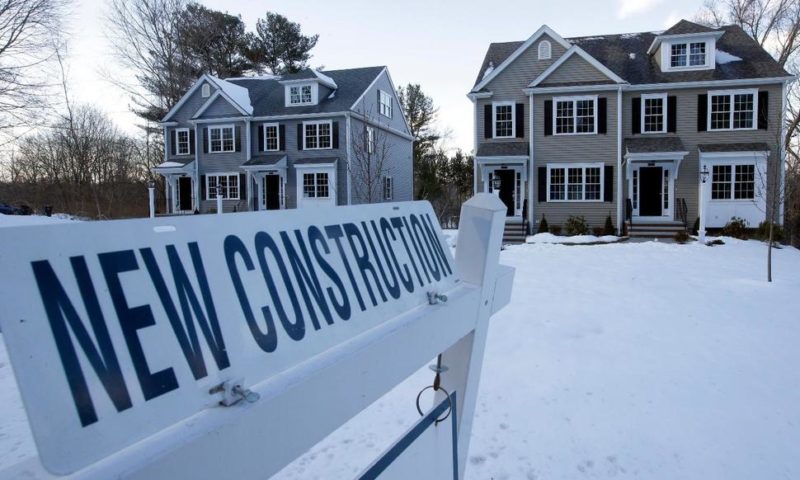 WASHINGTON — Sales of new U.S. homes climbed 4.9 percent in February, an indication that falling mortgage rates have given a boost to demand from buyers.

The Commerce Department said Friday that new homes sold at a seasonally adjusted annual rate of 667,000 in February, an increase from an upwardly revised 636,000 in January. New-home sales are running 2.8 percent higher through the first two months of 2019 than during the same period last year.

This initial rebound in sales after a weak end to 2018 bodes well for the traditional Spring homebuying season that began this month. Recent gains suggest that the combination of a solid job market and rising wages has encouraged more people to purchase both new and existing homes, especially as lower mortgage rates have made their money go further.

“This trend supports the fact that lower mortgage rates have started to entice buyers this Spring and foreshadows a potential strengthening of existing-home sales in the months to come,” said Danielle Hale, chief economist at Realtor.com.

A sharp drop in mortgage rates has eased affordability pressures and aided homebuying. The average 30-year mortgage rate climbed for much of 2018 to roughly 5 percent in November, only to dip to nearly 4 percent this week, according mortgage buyer Freddie Mac.

New-home sales jumped in the Northeast and Midwest in February by more than 20 percent, while posting a more tepid gain of 1.8 percent in the South. Accounting for about 60 percent of new-home sales, the South is the largest U.S. housing market.

Sales were unchanged in the West.

The housing market has also shifted slightly to new construction for entry-level buyers. The proportion of properties sold between the prices of $200,000 and $299,999 was 35 percent in February, up from 31 percent in 2018. This move has corresponded with a downward shift in sales of homes priced above $500,000.

US Consumer Spending Edges up Weak 0.1 Percent in January