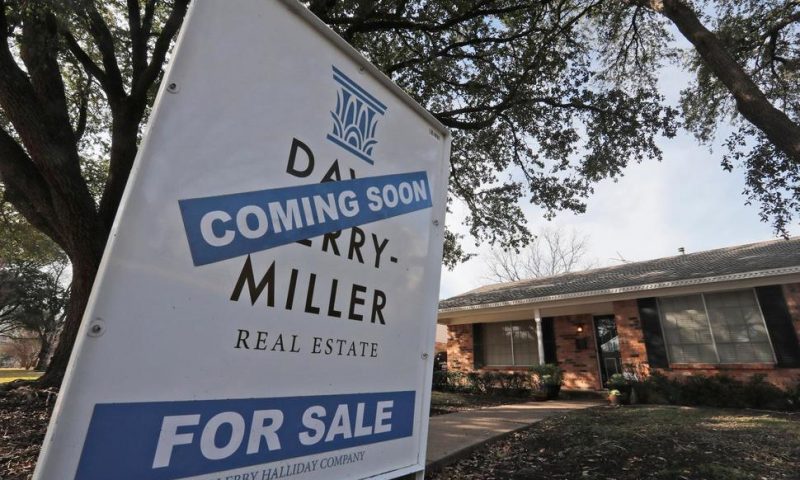 U.S. long-term mortgage rates fell this week after four weeks of increases, giving a jolt to prospective home buyers in the spring sales season. The average rate on the 30-year, fixed-rate mortgage dropped to 4.14% from 4.20% last week.

Mortgage buyer Freddie Mac said Thursday the average rate on the 30-year, fixed-rate mortgage dropped to 4.14% from 4.20% last week. By contrast, a year ago the benchmark rate stood at 4.55%.

A government report this week showing that the Federal Reserve’s preferred inflation gauge rose just 1.5% in March from 12 months earlier helped depress mortgage rates, Freddie Mac suggested. The Fed, by setting interest rates, is struggling to produce inflation of roughly 2%. Too-low inflation is viewed as an obstacle because it tends to weaken consumer spending, the economy’s main fuel, as people delay purchases in anticipation of flat or even lower prices.

On Wednesday the Fed left its key interest rate unchanged and signaled that it’s unlikely to either raise or cut rates in coming months amid signs of renewed economic health but unusually low inflation. The Fed left its benchmark rate — which influences many consumer and business loans — in a range of 2.25% to 2.5%. Its low-rate policy has helped boost stock prices and supported a steadily growing economy.

For this summer, Freddie Mac is expecting mortgage rates to be about a quarter to a half percentage point lower than a year earlier, a potential boost to home sales.

The average rate for five-year adjustable-rate mortgages dropped to 3.68% from 3.77% last week. The fee remained at 0.4 point.