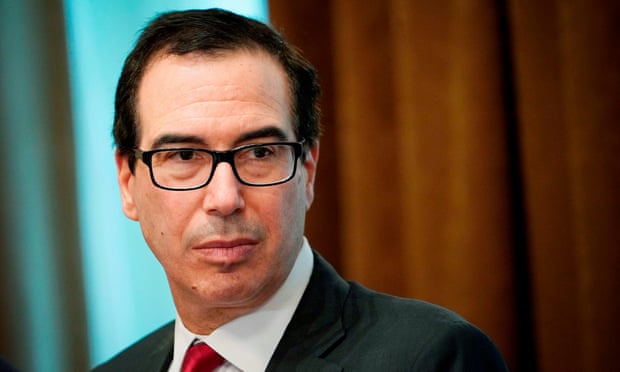 The United States has imposed sanctions on three North Korean officials, including a top aide to Kim Jong-un, in an abrupt shift from Donald Trump’s efforts to woo the regime.

The Trump administration said it would seize any US assets of Choe Ryong-hae, described as the right-hand man of the North Korean leader, and two others over their roles in suppression of freedom of speech.

“Standing up for such rights and freedoms is a foreign policy priority that represents the best traditions of the United States,” the state department spokesman, Robert Palladino, said.

“Human rights abuses in North Korea remain among the worst in the world and include extrajudicial killings, forced labor, torture, prolonged arbitrary detention, rape, forced abortions and other sexual violence,” he said.

The state department is required by a 2016 law to produce a report on North Korean human rights for Congress twice a year.

But its submission on Monday – International Human Rights Day – was the first since October 2017 as Trump championed diplomacy with North Korea that focused squarely on its nuclear program.

“The United States has consistently condemned the North Korean regime for its flagrant and egregious abuses of human rights and fundamental freedoms, and this administration will continue to take action against human rights abusers around the globe,” the treasury secretary, Steven Mnuchin, said in a statement announcing the sanctions.

The sanctions will seize any assets of the three officials in the US and ban any US-based financial transactions with them.

Such restrictions may have little impact on officials in one of the world’s most closed countries but will have a clear symbolic force as North Korea seeks greater acceptance by the US.

But Trump’s hopes of a follow-up summit have been unfulfilled, with the North Koreans abruptly calling off a meeting in New York last month with the secretary of state, Mike Pompeo.

North Korea has been insisting on a relaxation of wide-ranging sanctions on the country, while the US said that the UN security council should only ease pressure once Pyongyang takes concrete steps to end its nuclear program.

Choe was a confidant of Kim’s late father, Kim Jong-il, and in the past has been described as the effective No 2 in controlling the military.

He is often trusted to make foreign trips or deliver high-profile announcements. At a military parade last year, he warned that North Korea was ready to “beat down enemies with the power of nuclear justice”.

When Choe briefly vanished from official media in 2014, North Korea watchers speculated he had suffered a fate similar to Kim’s uncle, Jang Song-thaek, who was executed as a traitor, but Choe quickly re-emerged in prominent roles.

Choe is head of the ruling Workers party’s organization and guidance department, which enforces ideological discipline and ensures that all officials keep in line.

Another of the officials targeted was Jong Kyong-thaek, the minister of state security, in charge of counter-intelligence operations.

The third sanctioned official was Pak Kwang-ho, who is involved in widespread censorship as director of the propaganda and agitation department.

Chaos and the chocolate factory as leak smothers German street