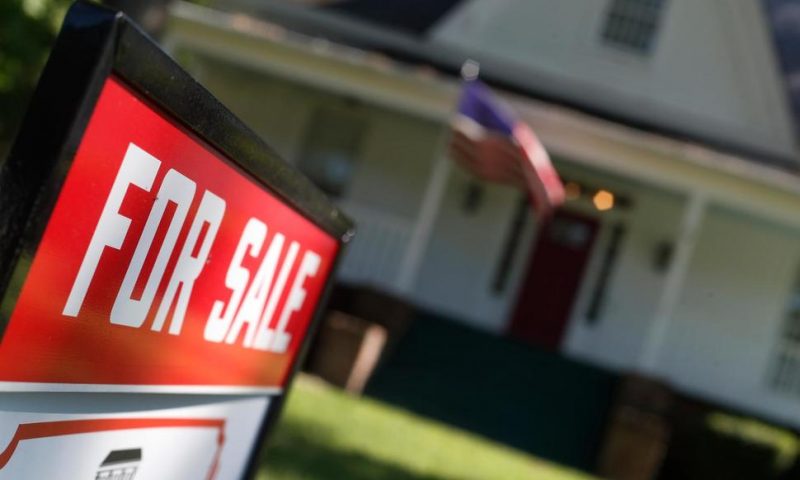 WASHINGTON — Americans took advantage of lower mortgage rates and purchased more homes in October, though sales were held back by a shortage of available properties.

The National Association of Realtors said Thursday that sales of existing homes rose 1.9% last month to a seasonally adjusted annual rate of 5.46 million. That’s 4.6% higher than a year ago, suggesting that lower borrowing costs are bolstering the housing market.

Still, the data shows a mixed picture. Housing, including home construction, has picked up this year and fueled economic growth in the July-September quarter for the first time in nearly two years. Economists expect it will boost growth in the current quarter as well.

At the same time, sales have been constrained by a decline in the number of houses for sale.

With the unemployment rate near a 50-year low and wages rising modestly, plenty of Americans are looking to buy. That is pushing up prices. Sales remain below the level reached in 2017 of 5.5 million.

Odeta Kushi, deputy chief economist at First American Financial, a title insurance company, said those figures indicate that most home sales are occurring among higher-income earners who already own homes and are trading up.

“That leaves the first-time home buyers out of the mix,” she said. NAR’s data showed that in October, first-time buyers made up just 31% of sales, below longer-run averages.

But increased home construction should boost overall inventory and provide more options for younger buyers, Kushi said. That should support sales in the coming months.

The number of homes on the market fell 2.7% in October from the previous month, leaving just 1.77 million available houses. That’s the fewest since March and would last just 3.9 months at the current pace of sales. A healthy level of inventory is typically at about six months.

For October, the level of homes for sale was the lowest on records dating back to 1999, the NAR said.

Many buyers are unwilling to sell their homes for a variety of reasons. In some cases, they already have a low mortgage rate and don’t want to risk losing it by moving. Many older Americans are also staying in their homes longer than previous generations, rather than moving into facilities dedicated to older residents. And the NAR estimates that as many as 5 million to 7 million homes are owned by investors who rent them out, further limiting the number of available properties.

The NAR’s measure of median home prices rose 6.2% in October from a year earlier, to $270,900. That’s nearly three times the overall rate of inflation and double the pace of wage gains.

Some of those higher prices are offset by cheaper mortgages. The rate on a 30-year mortgage averaged 3.7% this week, down from 4.8% a year earlier.

Sales rose in the Midwest and South, where prices are more affordable, while they fell in the more expensive Northeast and West.