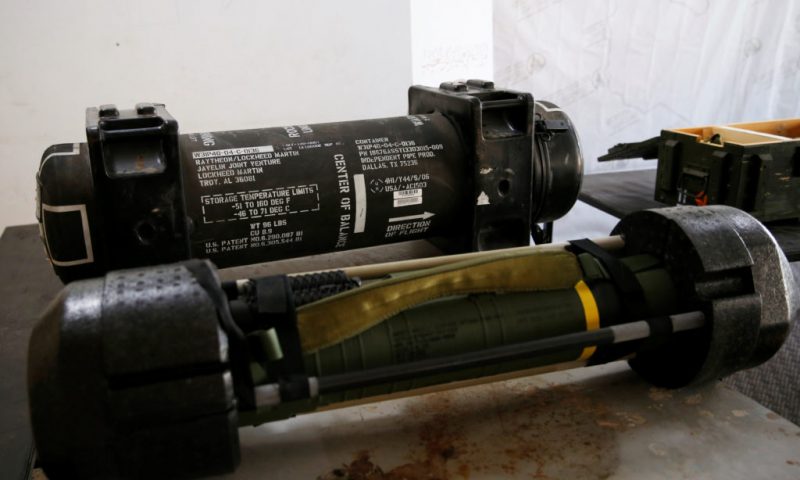 The State Department has approved a sale of military equipment to Ukraine that includes 150 anti-tank missiles to help fight Russia-backed separatists.

WASHINGTON — THE State Department has approved a sale of military equipment to Ukraine that includes 150 anti-tank missiles to help fight Russia-backed separatists.

The agency announced the sale Thursday after notifying Congress, where the leadership gave initial approval earlier this week.

President Donald Trump earlier this year delayed nearly $400 in aid to Ukraine as he sought to press the country’s president to investigate the son of former Vice President Joe Biden. This sale is not part of that aid package.

The U.S. has been providing assistance to Ukraine since Russia-backed separatists invaded in 2014 following the ouster of a Kremlin-backed leader in an Eastern European country that was once part of the Soviet Union.

Air Force Gen. Tod Wolters, the Supreme Allied Commander, told Pentagon reporters on Thursday that he believes that the U.S. should send more Javelins to Ukraine beyond those already in the pipeline. He said the Javelins, which are manufactured in a joint venture by Raytheon and Lockheed Martin, and the military training teams that deploy with them allow Ukraine to better protect itself.