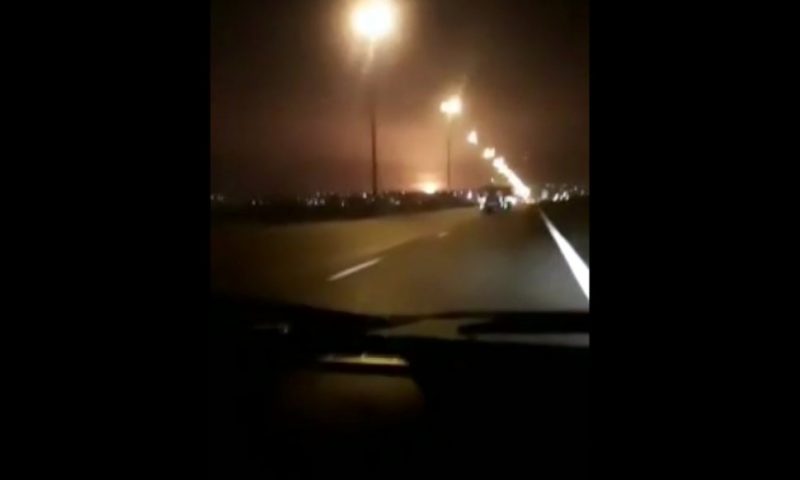 U.S. and Canadian accident investigators are uncertain how much access they will get to the site of a Ukrainian passenger jet crash in Iran, and there were fears Friday that the probe might already be compromised by the removal of wreckage.

The U.S. and its allies alleged earlier this week that the American-built Boeing 737 was brought down by an Iranian anti-aircraft missile. Iran announced Saturday that its military “unintentionally” shot down the jetliner, blaming “human error.”

All 176 people aboard were killed when the plane went down in flames on the outskirts of Tehran during takeoff early Wednesday, hours after Iran launched a barrage of missiles against U.S. forces. The dead included 57 Canadians.

Television reports Friday indicated that debris had been cleared from the crash site, leaving the area to scavengers to pick over. If the wreckage was indeed moved, some clues might have been lost unless the Iranians took careful steps to preserve evidence.

“Normally you would very carefully map out a debris field. If a missile struck the airplane, you would expect to find some pieces of it and residue of the explosive,” said Steven Wallace, former head of the accident-investigations office of the Federal Aviation Administration.

Jeff Guzzetti, a former accident investigator and FAA official, said he would not be troubled by a cleanup if the Iranians first documented the exact location of every large piece, stored them properly and agreed to let investigators from the U.S. and other countries inspect them.

“If they didn’t do those things, then they’re just incompetent and you could end up destroying or at least hampering the investigation significantly by altering the evidence and contaminating it,” he said. “If they truly believe it was not a missile strike, then they have to make sure they know exactly what failed first when they came apart in the air.”

Debris fields can provide valuable clues. A small one indicates the plane was intact when it hit the ground, as happened when an Ethiopian Airlines Boeing 737 Max jet crashed nose-first last March. Widely scattered wreckage suggests the plane broke apart in the air, like TWA Flight 800, which blew up over the Atlantic in 1996. Investigators blamed a fuel tank explosion.

Tracing the debris and figuring out what parts fell off first can help investigators establish the cause of a crash. Broken pieces are examined closely for things like metal fatigue.

Parts can be swabbed for chemical residue and examined for holes or peppering that could indicate an explosion. That is how Dutch-led investigators determined that a Malaysian Airlines plane that crashed in Ukraine in 2014 had been shot down in an attack blamed on pro-Russia rebels.

Even without examining debris, investigators might be able to determine whether the plane was brought down by a missile or bomb by analyzing the flight data recorder and the cockpit voice recorder.

U.S. officials have not said what intelligence they had that pointed to an Iranian missile but acknowledged the existence of satellites and other sensors in the region, as well as the likelihood of communication intercepts. Videos verified by The Associated Press appear to show the final seconds of the the ill-fated airliner, apparently burning as it plummeted to earth.

Late Thursday, the U.S. National Transportation Safety Board said Iranian authorities had invited it to take part in the investigation. That move indicated that Iran intends to follow international standards for accident investigations, which are set by a United Nations aviation group. Those rules say that the investigative agency in the country where the plane was built and the manufacturer should be included in the investigation.

However, it was unclear Friday when the NTSB might send anyone to Iran because of U.S. sanctions against doing business with Iran and because of the danger to Americans. An NTSB spokesman declined to comment.

Canadian Foreign Minister François-Philippe Champagne said Friday that Canada wants to take part in the investigation and help in the identification of victims but that Iran has granted just two visas so far.

Iran’s top aviation official said shortly after the crash that Iran would not turn over the black boxes to U.S. authorities or Boeing. U.S. safety experts say that is not a problem if the boxes are sent to experts in another country who are capable of analyzing them, such as France’s Bureau of Enquiry and Analysis for Civil Aviation.

Hassan Rezaeifar, the head of the Iranian investigation team, said Friday that recovering data from the black box flight recorders could take more than a month and that the entire investigation could stretch into next year. He also said Iran may request help from international experts if it is not able to extract the flight recordings.

Aviation experts believe Iran lacks the expertise and facilities to analyze the boxes, and the country is under pressure to turn them over to outside investigators with advanced laboratories. But almost all of those are in the U.S. or American allies such as France.

“If they are going to try to manhandle data out of broken, mashed-up flight recorders, they could very easily end up erasing the recorders or corrupting the data,” Guzzetti said of the Iranians.

If the Iranians go it alone without seeking outside technical help, “the credibility of the investigation will be zero in the worldwide aviation community,” Wallace said. “But this is a heavily fraught political situation.”

Can Cash Buy the Dem Nomination? Two Billionaires Are Trying