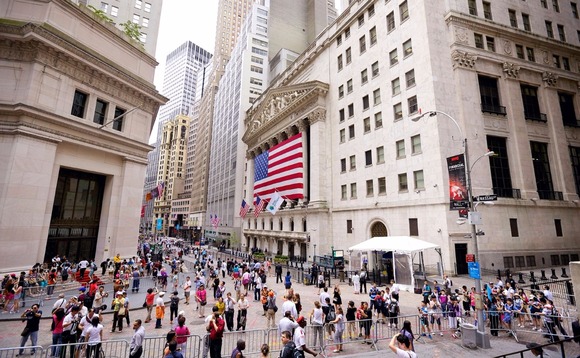 Concerns about corporate and economic growth

US equities plunged in yesterday’s trading session, with the Dow slumping over 600 points and the Nasdaq falling into correction territory, on fresh concerns about corporate and economic growth.

Investors have been flocking to top-performing US equities markets this year, despite it being late in the cycle, drawn by strong economic growth and the boost to corporate America from President Trump’s package of tax cuts, as well as the index-leading performance of the technology giants.

However, stocks have been badly hit in October with industry commentators warning the equities sell-off earlier in the month could be the start of a more volatile period for markets in the face of a “toxic cocktail” of risks.

The last few days have seen another hammer-blow to shares, which have now erased this year’s gains, as disappointing forecasts from chipmakers and weak home sales data added to investor jitters yesterday.

The tech-heavy Nasdaq fell into correction territory, down 12.4% from its 29 August record closing high. It suffered its biggest one-day decline since August 2011 of 4.4% to 7,108, according to Reuters.

Shares in technology giants were pummelled, with Amazon dropping 5.9%, while Facebook and Apple fell 5.4% and 3.4% respectively.

Asian stockmarkets have since been impacted by yesterday’s US sell-off, with the Nikkei 225 and Topix slumping 3.6% and 2.9%, respectively, while Hong Kong’s Hang Seng was down 2.1%.

How to invest a billion dollars