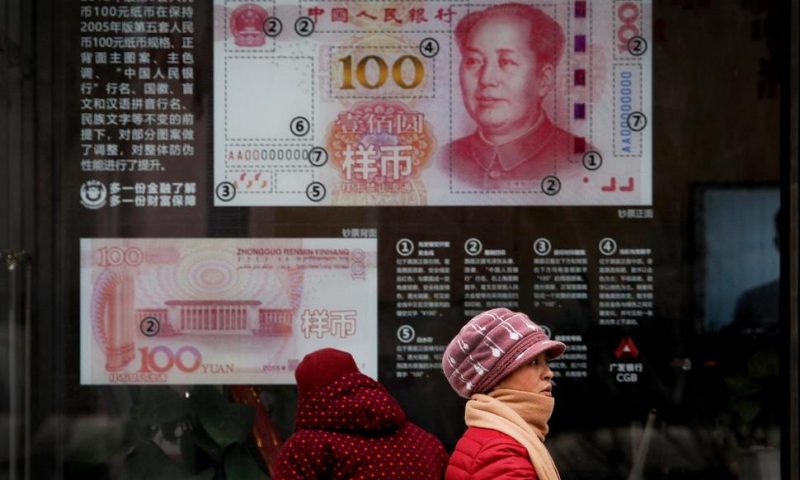 Trump administration does not brand China as currency manipulator but puts 9 nations on watch list.

WASHINGTON — The Trump administration has again decided not to label China or any other country as a currency manipulator. But in a report to Congress, the administration is keeping China on a list of countries whose trade surpluses with the United States and other indicators are closely tracked.

The administration says that no country meets the criteria to be labeled as a currency manipulator seeking to gain unfair trade advantages over the United States. But the report says that nine nations — China, Germany, Ireland, Italy, Japan, South Korea, Malaysia, Singapore and Vietnam — are on the monitoring list.

Two nations — India and Switzerland — that had been on the previous watch list issued in October were removed.