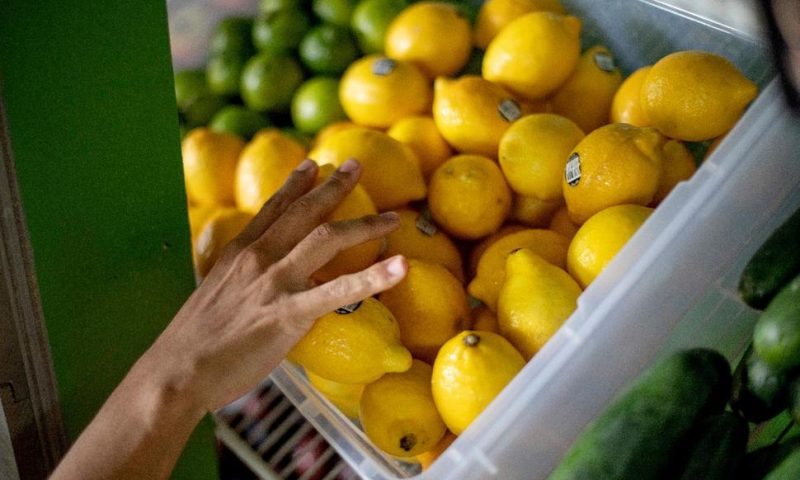 WASHINGTON — Overall consumer prices were unchanged in September as a big decline in energy costs offset small gains in other areas.

The flat reading in the Consumer Price Index for September followed a tiny 0.1% August increase and left prices over the past 12 months rising at a modest annual rate of 1.7%, the Labor Department reported Thursday.

Core inflation, which excludes volatile energy and food prices, was up a tiny 0.1% in September and 2.4% over the past 12 months. That was the same 12-month rise for core prices as in August and both of those 12-month gains were the biggest July 2018.

With the September CPI report, the government was able to announce that the annual cost-of-living increase for millions of Social Security recipients and other retirees would be 1.6% in 2020, a significant slowdown after a 2.8% COLA increase for this year.

The unchanged reading for consumer prices in September reflected a 1.4% drop in energy costs including a 2.4% fall in the cost of gasoline. Gasoline prices are now 8.2% below where they were a year ago.

Economists noted that higher tariffs imposed on $150 billion of Chinese goods at the beginning of September did not appear to have much of an impact on inflation readings during the month.

“There was almost no sign of the 10% tariff introduced … at the start of the month,” said Andrew Hunter, senior U.S. economist at Capital Economics said.

He noted that products where the tariffs could have boosted costs such as clothing and video and audio products actually fell in September. But Hunter cautioned that it may just be taking longer for the higher taxes on Chinese imports to feed through to the retail price level.

The Federal Reserve has cut its key policy rate twice this year, giving as one major reason the failure of inflation to hit the Fed’s 2% goal for annual price increases.

That Fed target is based on the increase in overall prices. However, the Fed also closely watches the core number, believing it can signal where overall inflation may be headed.

With core prices now rising above the 2% level, some economists think that the Fed may decide against cutting rates again at its next meeting later this month. However, investors still strongly believe a third rate cut is coming. They point to growing headwinds to the overall economy coming from President Donald Trump’s trade war with China and the overall slowing of the global economy.

In a separate report, the Labor Department said Thursday that the number of Americans filing claims for unemployment benefits fell by 10,000 last week to 210,000. The decline in claims, a proxy for layoffs, followed two weeks of increases and indicated that the labor market remains healthy.

The government reported last week that the unemployment rate fell to a 50-year low of 3.5% in September.

The price report showed that food costs edged up a tiny 0.1% in September, continuing a long string of modest increases. Over the past 12 months, food costs are up just 1.8%.

The price of new cars fell 0.1% in September while the price of used cars dropped a sharper 1.6%. The cost of clothing was also down while housing costs and medical care services were up.