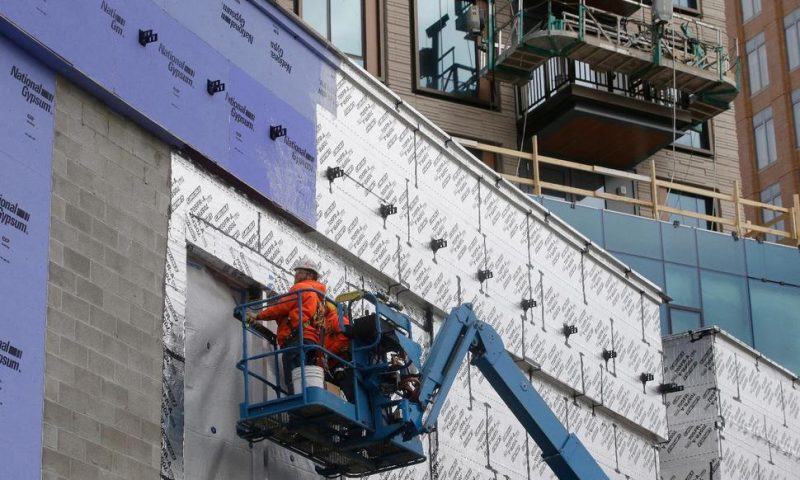 US spending on construction projects falls 0.8% in October.

WASHINGTON — Spending on U.S. construction projects fell 0.8% in October, dragged down by declines in apartment and multi-family homebuilding.

Overall private residential construction dipped 0.9%, with multifamily projects declining 1.6% in October after a 2.1% decline in September.

Spending on single-family home construction increased 1.6%, helping to offset some of the losses elsewhere in the private construction category during the month.

Lower mortgage rates and a healthy job market with rising wages have boosted home sales and the demand for new homes. The average rate on a fixed 30-year mortgage last week was 3.68%, a historically low number.

Over the past 12 months, increased government spending on construction has offset declines in private expenditures on building.

October’s overall decline follows a downward revision of September’s number from a 0.5% increase to a 0.3% decline.

During the first 10 months of 2019, overall construction after adjusting for seasonal variations came in at an annual rate of $1.09 trillion in October, down 1.7% from a year ago.

Defense Budgets Set to Dominate Yet Another NATO Summit