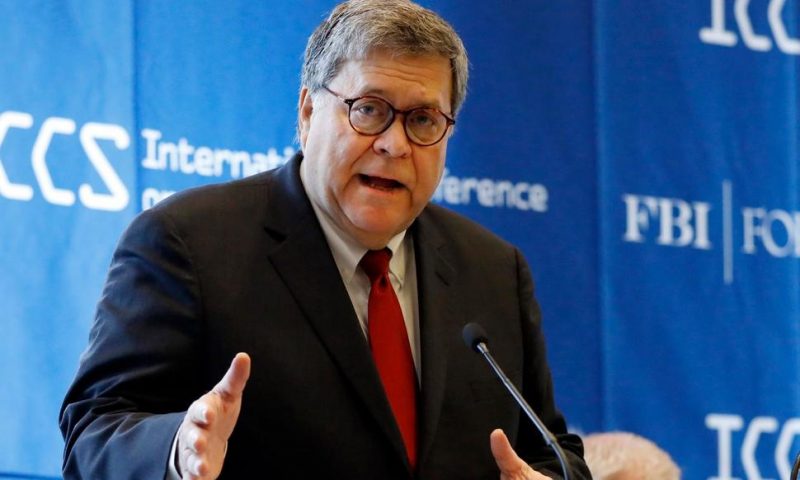 Facebook’s WhatsApp already uses so-called end-to-end encryption, which locks up messages so that even Facebook can’t read their contents. Facebook plans to extend that protection to Messenger and Instagram Direct.

But the officials will ask Facebook to hold off in an open letter to Facebook CEO Mark Zuckerberg . A copy of the letter, dated Friday, was obtained by The Associated Press.

“Companies should not deliberately design their systems to preclude any form of access to content, even for preventing or investigating the most serious crimes,” the officials wrote. The letter repeatedly emphasizes the dangers of child sexual exploitation to justify their stance.

Law enforcement has long sought a way to read encrypted messages that’s analogous to wiretaps for phone calls. Security experts, however, say giving police such access makes messaging insecure for everyone. Redesigning encryption to create “backdoors” for police also creates vulnerabilities that criminals or foreign spies can exploit, they say.

“Every couple of years, the FBI rears its ugly head and tells us they need to have access to end-to-end encrypted messaging,” said Eva Galperin, director of cybersecurity at the Electronic Frontier Foundation, a digital-rights advocacy group. “You cannot make a backdoor that only good guys can go through.”

Facebook said Thursday that people have the right to have private conversations online and that companies are already able to respond to government agencies when they receive valid legal requests. “We strongly oppose government attempts to build backdoors because they would undermine the privacy and security of people everywhere,” Facebook spokesman Joe Osborne said in a statement.

The letter marks yet another salvo in the Justice Department’s continuing effort to persuade technology companies to weaken or bypass encryption upon requests from law enforcement.

Former FBI Director James Comey championed the need for law enforcement to find a workaround for encrypted devices and communications. He led a highly publicized push to gain access to an iPhone belonging to one perpetrator of a terrorist attack in San Bernardino, California, that killed 14 people in 2015.

Apple resisted such efforts and went to court to block an FBI demand for Apple to disable security measures that complicated efforts to guess the phone’s passcode. While the FBI cast its request as a limited emergency measure, CEO Tim Cook argued that the technique could easily be used again, making iPhone users more vulnerable to spies and thieves. The FBI relented after it found another way of getting into the San Bernardino phone.

Barr gave lengthy comments on what he described as a dangerous increase in device encryption at a cybersecurity conference this summer in New York. During his comments, Barr specifically detailed the use of WhatsApp group chat by a drug cartel to coordinate the murders of Mexico-based police officials.

In announcing plans in March to expand encryption, Zuckerberg acknowledged that the privacy protection it affords extends to “the privacy of people doing bad things.” He said Facebook was working on better ways to detect patterns of bad behavior, without seeing contents of messages.

US Finalizes Sale of 150 Anti-Tank Missiles to Ukraine