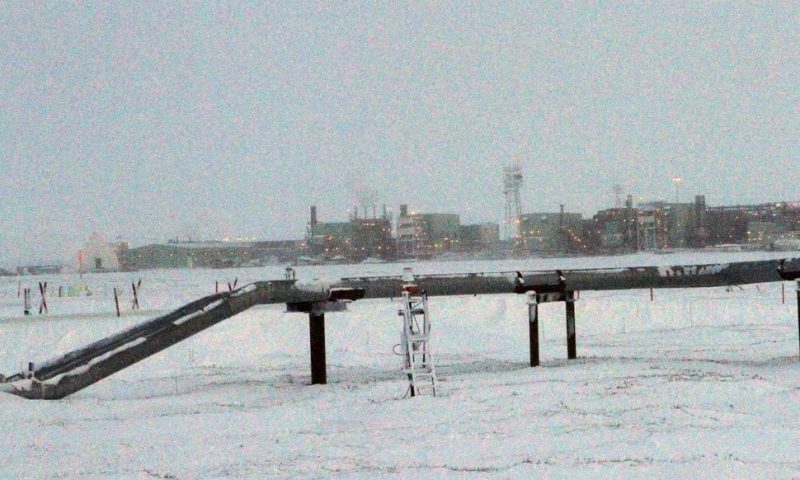 A US agency has drafted new management alternatives that could lead to expanded drilling in the National Petroleum Reserve-Alaska.

ANCHORAGE, Alaska — The Trump administration will consider a new management plan and expanded oil drilling for the National Petroleum Reserve-Alaska, an Indiana-size area that former Interior Secretary Ken Salazar characterized as an “iconic place on our Earth.”

The Bureau of Land Management announced Thursday it will take public comment through Jan. 21 on four alternatives for the reserve in northern Alaska.

“With advancements in technology and increased knowledge of the area, it was prudent to develop a new plan that provides greater economic development of our resources while still providing protections for important resources and subsistence access,” Padgett said.

The reserve is home to two caribou herds and provides ecologically significant wetlands used for breeding by migratory waterfowl from around the world. Its entire coastline is habitat for threatened polar bears.

In 2013, Salazar signed off on the current plan that split the reserve roughly in half between land for petroleum development and conservation areas.

Kristen Miller, conservation director at Alaska Wilderness League, said the Interior Department spent years working on the plan with tribal and local governments, conservation organizations, the state of Alaska and others.

“Abandoning this science-based, common sense approach in favor of oil and gas interests is recklessly short-sighted and will place at risk local indigenous communities and the region’s diverse wildlife that rely on this vital piece of our nation’s public lands,” she said.

The petroleum reserve was created in 1923 by President Warren Harding as the Naval Petroleum Reserve and set aside as an emergency oil supply for the Navy. The reserve covers 35,625 square miles (92,269 sq. kilometers). Congress in 1976 renamed the reserve and transferred administration to the Interior Department.

The reserve is south of the northernmost U.S. city, Utqiagvik, formerly Barrow.

When the current management plan was put in place, the BLM estimated that lands available for development contained nearly three-fourths of the economically recoverable oil in the reserve.

The plan also created the Peard Bay Special Area, which contains the highest density of spectacled eider nesting areas in Alaska, according to the Alaska Wilderness League.

It enlarged the Utukok River Uplands Special Area, used by the western Arctic caribou herd for calving and relief from summer insects.

The most aggressive alternative considered by the BLM would allow leasing and oil drilling infrastructure within the entire Teshekpuk area and parts of the Utukok River Uplands.