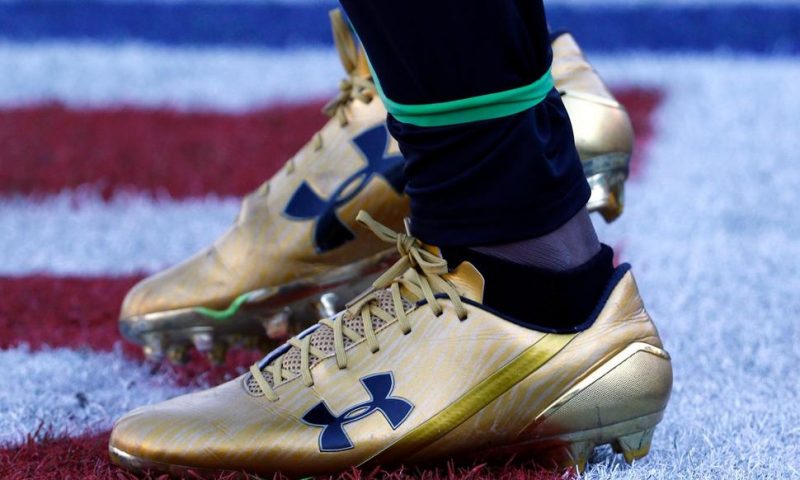 Under Armour tops expectations on profit and revenue, but news of a federal investigation overshadows all.

BALTIMORE — A strong quarter from Under Armour was overshadowed by federal investigations into the company’s accounting practices.

The company also lowered its revenue expectations for the year Monday.

The probe, first reported by The Wall Street Journal, is seeking information that would reveal whether the sports gear maker shifted sales from one quarter to another to make its financial standing appear healthier.

Under Armour Inc. told The Associated Press that it has been cooperating with the U.S. Securities and Exchange Commission and the U.S. Department of Justice on their investigations for two years. It said it believes its accounting practices and disclosures were appropriate.

Under Armour reported better than expected profit and revenue for the third quarter Monday, but shares fell more than 15%.

Revenue, at of $1.43 billion, just edged out expectations.

In July, the company cut its revenue expectations for the year, and did so again on Monday.

The company expects a 2% increase in revenue, down from earlier projections that revenue would rise between 3% and 4%.

Under Armour had been an unparalleled success story and has gone head-to-head with Nike, which had dominated the sports gear market for years.

After its founding by then 24-year-old Kevin Plank in 1996, Under Armour reported explosive numbers, including 26 straight quarters with sales growth of 20% or more.

In the final quarter of 2016, however, the Baltimore company caught investors off guard when it fell short of most sales projections and cut its expectations for growth the following year.

Under Armour announced the departure of its chief financial officer on the same day it reported fourth-quarter earnings, though he had been with the company for less than a year. The company had three CFOs between 2016 and 2017.

In the first two quarters of 2019, sales growth was just above 1%. The company reported a 0.9% decline in sales growth Monday.

Plank stepped down as CEO last month to become the company’s executive chairman and brand chief. Patrik Frisk, who became president and chief operating officer two years ago, became only the company’s second CEO since Plank founded the company almost a quarter of a century ago.

Under Armour Inc. has landed major deals with Major League Baseball and star athletes like the NBA’s Stephen Curry.

But it’s come under pressure from threats like the growing popularity of athleisure wear, clothing that can be worn from work straight to the yoga studio.

Last year Under Armour said that it was cutting about 400 jobs as part of its restructuring efforts.