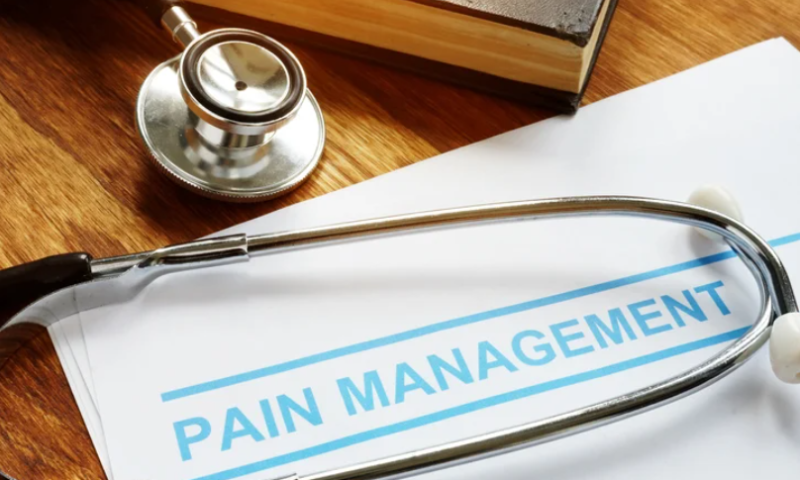 Scientists have uncovered a link between chronic pain and lung cancer—a link that also offers a potentially druggable pathway for both conditions, according to new research conducted in mouse models.

The research was led by an international team of scientists from Harvard Medical School, Boston Children’s Hospital and the Austrian Academy of Sciences’ Institute of Molecular Biotechnology and was published Aug. 31 in Science Translational Medicine.

The research team had previously discovered that sensory neurons produce a metabolite known as BH4 that can drive chronic pain. Higher concentrations of BH4 were tied to increased pain sensitivity and persistence. Based on these findings, the team decided to launch their new research by targeting the BH4 pathway.

The researchers conducted a phenotypic screen of 1,000 FDA-approved medications to identify ones that reduce BH4 levels in pain neurons. They linked previously observed painkilling effects of several drugs—including clonidine, a sedative and antihypertensive drug—to the BH4 pathway.

The screening unveiled an unexpected molecular link between the BH4 pathway and EGFR/KRAS signaling, a pathway involved in multiple cancers. In fact, EGFR and KRAS are thought to be the most frequently mutated genes in lung cancer.

Blocking EGFR/KRAS signaling decreased pain sensitivity by reducing BH4 levels, according to the new findings. EGFR/KRAS signaling also increased expression of GCH1, an important enzyme in the BH4 pathway that contributes to neuropathic pain. So it also turned out that blocking EGFR inhibited GCH1 and was tied to pain relief.

“The same triggers that drive tumor growth appear to be also involved in setting the path to chronic pain, often experienced by cancer patients. We also know that sensory nerves can drive cancer, which could explain the vicious circuit of cancer and pain,” said co-corresponding author Josef Penninger, IMBA group leader and founding director, in a press release. “Understanding these cross-talks is therefore not only critical for cancer treatments but might also help to improve the quality of life for cancer patients towards less pain.”

The researchers went a step further, deleting GCH1 in some of the mice with KRAS-driven lung cancer. They found that those mice developed fewer tumors and survived longer.

GCH1/BH4 acts downstream of KRAS to drive lung cancer—presenting itself as a common signaling pathway for chronic pain and lung cancer, as well as a potentially druggable target. However, not a lot is known about regulating GCH1 expression for nerve injury or if it could be used as an analgesic.

The phenotypic screen also led the team to a separate discovery: fluphenazine, an antipsychotic drug that has been used to treat schizophrenia, blocks the BH4 pathway in injured nerves. The effective fluphenazine dose used in the mouse model is similar to the low end of doses safely indicated for schizophrenia in humans.

Novo Nordisk ponies up $1.1B for Forma in effort to shape up sickle cell disease market