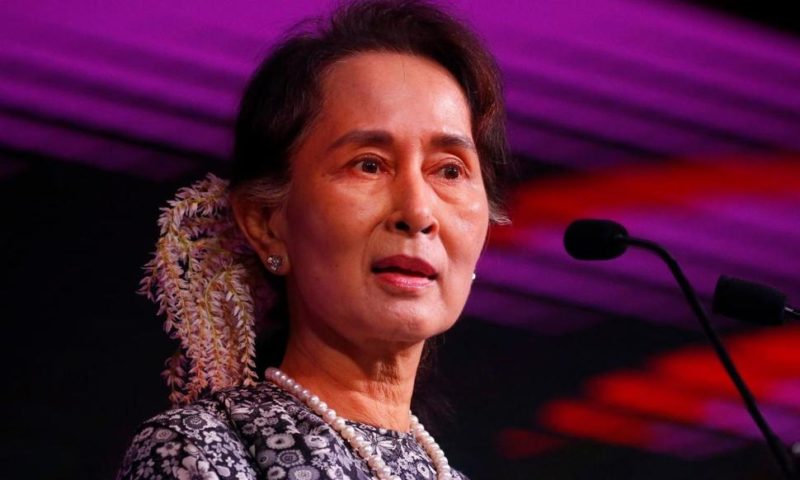 The United Nations refugee agency is cautioning against the repatriation at this time of ethnic Rohingya Muslims who fled to Bangladesh to escape army-led violence in Myanmar.

SINGAPORE — The United Nations refugee agency on Monday cautioned against returning ethnic Rohingya Muslims to Myanmar from Bangladesh at this time, urging that officials be allowed to assess whether it is safe for them to return.

The U.N. High Commissioner for Refugees issued the warning after the Myanmar government said Sunday that this week it would begin repatriating the more than 700,000 Rohingya who have fled from the Rakhine state in western Myanmar to Bangladesh to escape deadly violence carried out by Myanmar security forces.

“Myanmar authorities should allow these refugees to undertake such go-and-see visits without prejudice to their right to return at a later date, if indeed the refugees decide after the visits that the current conditions in Rakhine State would not allow them to return in safety and dignity,” the UNHCR said in a statement.

The Rohingya refugees generally have been denied citizenship and civil rights in Buddhist-majority Myanmar, where prejudice against them runs high. The overwhelming majority of people in Myanmar do not accept that the Rohingya are a native ethnic group, instead seeing them as illegal migrants from Bangladesh and calling them “Bengalis.”

Myanmar leader Aung San Suu Kyi, attending a business conference Monday in Singapore on the sidelines of a Southeast Asian summit, did not mention the issue and did not take any questions.

On Sunday, officials in Myanmar announced that Bangladesh had said repatriations would begin on Thursday, with an initial group of 2,251 to be sent back from mid-November at a rate of 150 per day.

Senior Myanmar officials said they would do their best to be ready, but Bangladesh’s repatriation commissioner said he was unaware that a date had been set.

The UNHCR said it supports the “voluntary and sustainable repatriation of Rohingya refugees in safety and in dignity to their places of origin or choice, and will work with all parties towards this goal.” It is Myanmar’s responsibility to improve conditions in the restive Rakhine region, it said.

Sunday’s Myanmar government statement said the returning Rohingya would stay at repatriation camps for two days and receive food and clothing before moving on to transit camps. It said China, India and Japan were “providing necessary assistance” for the repatriation process, but did not give details.

The Rohingya exodus began after Myanmar security forces launched a brutal crackdown following coordinated insurgent attacks in August 2017. The scale, organization and ferocity of the operation led to accusations from the international community, including the United Nations, of ethnic cleansing and genocide. Myanmar’s government has denied this.

US fighter jet crashes into sea off Japan