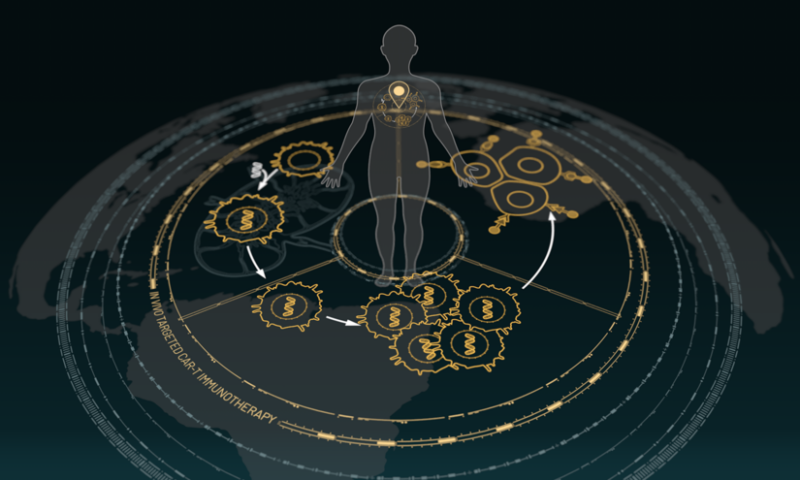 Umoja Biopharma emerged last November with $53 million and a mission to push past the limits of today’s immunotherapies. Now, the company is topping that haul by raising another $210 million to get its lead programs in bone cancer and blood cancer into the clinic.

The funding, drawn from a laundry list of new and old investors, will also bankroll the development of Umoja’s technology platforms as well as build up its manufacturing power for preclinical and clinical trials.

The company’s pipeline is based on three immunotherapy platforms that it hopes to eventually combine in sequence.

The first of these platforms, called VivoVec, creates CAR-T cells inside the body to boost the immune system. The second, TumorTag, binds to tumor cells, marking them as targets for the CAR-T cells produced by a VivoVec-based treatment. Finally, Umoja’s RACR/CAR platform delivers FDA-approved drugs to adjust the activity of the engineered T cells within the body.

Umoja’s lead programs include UB-TT170, a TumorTag-based treatment that tags solid tumor cells that express folate receptor alpha, and UB-VV100, a CD19-targeting CAR-T treatment made inside the body. Umoja is pairing the former with a CAR-T therapy for pediatric osteosarcoma, the most common type of bone tumor in children, and the latter with a RACR molecule for the treatment of B-cell blood cancer.

“Umoja has made tremendous strides in the past year, including advancing our preclinical programs, expanding manufacturing capabilities, and bringing on key hires to prepare for our next phase of development and growth,” Scharenberg said in a statement.

In the past three months, Umoja has built up its C-suite, adding Nushmia Khokar, M.D., as chief medical officer, Irena Melnikova as chief financial officer and David Fontana as chief business and strategy officer.

Khokar arrived in April from Autolus, where she led clinical development of autologous T-cell treatments. Melnikova joined Umoja the next month from SVB Leerink, where she had been a managing director in investment banking. Fontana arrived in June from Bristol Myers Squibb, where he led development of Breyanzi, the company’s newly approved CAR-T therapy picked up from Juno Therapeutics by way of the $74 billion Celgene buyout.

CAMP4 heads for the summit alone with $45M funding after leaving Biogen, Alnylam at base camp