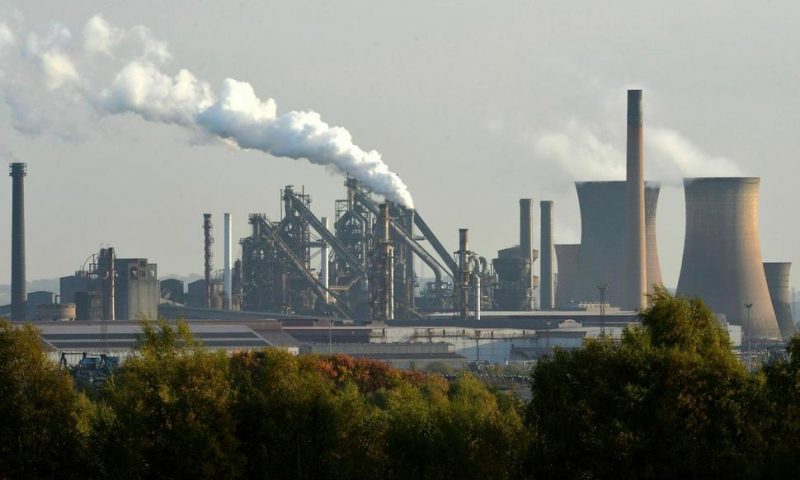 U.K. union leaders are set to lay out their concerns to the government amid reports that British Steel is facing bankruptcy within days.

LONDON — Britain’s government pledged Tuesday to do its utmost to support British Steel amid reports the company is facing bankruptcy.

Some 5,000 workers are employed by the company with another 20,000 jobs in the supply chain. Business minister Andrew Stephenson told the House of Commons that the government would do everything possible to support the industry.

The company has asked for a package of support to tackle issues related to Britain’s pending departure from the European Union.

British Steel said negotiations on the company’s future are ongoing and that “we continue to work with all parties to achieve an outcome that secures the future success of British Steel.”

“We are aware of speculation that the May salaries may not be paid,” British Steel said. “For the avoidance of doubt, we can confirm that funding is in place and British Steel employees will be paid their salaries in full.”

The Unite union called for the government to nationalize the business, while the Community union urged British Steel owners Greybull and the government continue to focus on finding a solution to keep it trading.

“Pragmatic decisions in the coming days could avert another industrial disaster,” said Alasdair McDiarmid, operations director at the Community union. “In that context we do not want to see British Steel becoming a political football. The stakes in this game are too high.”

With thousands of jobs in the balance, the timing could not be worse for Prime Minister Theresa May’s government. Elections for Britain’s 73 seats in the 751-seat European Parliament take place Thursday.

But the crisis has highlighted the anxieties of British manufacturers amid months of uncertainty, fueled by a lack of clarity around plans for Britain’s departure from the EU. Longstanding issues such as uncompetitive electricity prices also continue to deter investment in U.K. manufacturing, said Gareth Stace, the director-general of U.K. Steel, the trade association of the industry.

“Many of the challenges we face are not unique to the steel sector — the whole manufacturing sector is crying out for certainty over Brexit, unable at present to plan with any accuracy the trading relationship it will have with its biggest market in just five months’ time,” he said in a statement. “We can only state again the need for a swift resolution to this issue and the need to avoid a no-deal scenario at all costs.”

Speedy Reactor Cleanups May Carry Both Risks and Rewards