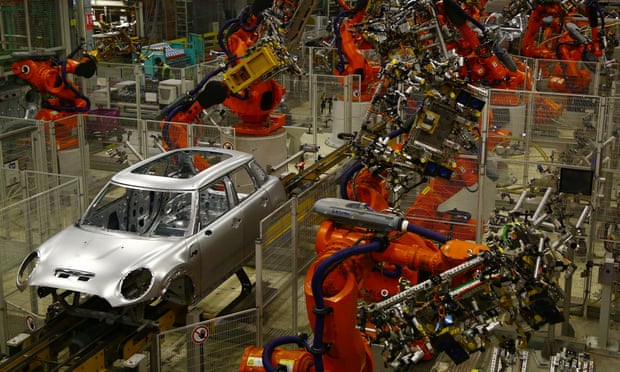 British car manufacturers are ploughing ahead with costly production shutdowns designed to avoid Brexit disruption, despite another postponement of the date of the UK’s departure from the EU.

More than half of the UK’s car manufacturing capacity had some form of shutdown planned to coincide with the 31 October deadline in case of disruption to the supply of parts, a repeat of similar production pauses in April after the original 31 March Brexit date.

Boris Johnson’s government last month complied with parliament’s demands to delay the Brexit date, staving off the imminent threat of a no-deal Brexit, but the extension came too late for carmakers who had already agreed the shutdowns with staff and suppliers.

Jaguar Land Rover will stop making cars and engines at Halewood, Castle Bromwich, Wolverhampton and Solihull from Monday to Friday, with employees instead assigned to maintenance and training.

BMW’s plant in Oxford is busy ramping up production of its new electric Mini, which the company hopes will be a mass-market battery-powered vehicle. However, workers did not come in for the Thursday night shift and the plant will remain shut from Friday until Monday.

Toyota’s plant in Burnaston, Derbyshire, remained closed on Friday, with a return planned on Monday.

Nissan at Sunderland and Vauxhall at Luton and Ellesmere Port are continuing to run. Honda has not shut its Swindon factory this time around, after having done so in April.

The continued threat of a no-deal Brexit has caused exasperation in the car industry. PSA Group has threatened the closure of Ellesmere Port in a no-deal Brexit, while Nissan has said it threatens its business model in Europe.

Mike Hawes, chief executive of the Society of Motor Manufacturers and Traders, said: “Continuing Brexit uncertainty and the ongoing threat of no deal – a threat that will remain until we have our new trading relationship with the EU agreed and implemented – have left automotive manufacturers unable to plan for the long term.”

All of the carmakers said it was too early for a decision on whether they would plan yet another shutdown costing millions of pounds on 31 January, with the added complication of a general election on 12 December.

David Bailey, a professor of business economics at the University of Birmingham, said different election results could have radically different implications for carmakers. A clear Tory majority would be likely to mean a withdrawal agreement would be secured with no need for further shutdowns, at least until the end of a transition period. A Labour or coalition government could extend the negotiation period further, while a hung parliament could mean a return to preparations for a “cliff edge” at the end of January.

The disruption will also have an effect on the UK’s economic growth. In April the unseasonal fall in car output pushed down UK GDP by 0.2 percentage points, according to Ruth Gregory, an economist at Capital Economics, a consultancy. Some of that fall was recovered in August, when plants stayed open, but the bounceback did not make up for the previous fall.

The latest shutdowns may have a smaller effect than April because they were less widespread, Gregory said. However, she predicted the disruption would contribute to a “bumpy” path for growth in the second half of 2019.