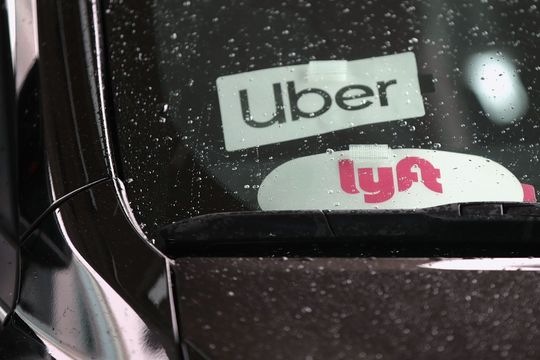 After Lyft Inc.’s financial results sent Uber Technologies Inc. shares into a spiral late Tuesday, Uber announced executives would move up the time of their own earnings announcement.

Lyft LYFT, -2.35% disappointed investors with its first-quarter ridership numbers and second-quarter forecast after the bell Tuesday, sending shares down more than 25% in after-hours trading. Uber UBER, -3.03% stock also took a hit, falling more than 10% at times in the extended session.

As shares were plunging, Uber announced about 6:30 p.m. Eastern that it would move up its earnings report, originally planned for after markets closed Wednesday, to before the bell. Shares immediately began recovering, moving from a loss of about 7% to less than 3% down in a matter of minutes.

Uber now expects to release its results at 7 a.m. Eastern on Wednesday and will hold a conference call at 8 a.m. The news release stated that the release and call were “rescheduled to provide a more timely update on the company’s performance and guidance before the market opens.”

One of the biggest factors in Lyft’s disappointing forecast was additional costs to attract drivers, which has been a problem at times for both companies as they seek to recover from the COVID-19 pandemic. Lyft guided for adjusted Ebitda of $10 million to $20 million in the second quarter, while analysts on average were expecting $83 million, according to FactSet.

Investors will be looking for similar issues at Uber when the company releases its first-quarter earnings. Uber also has the Uber Eats food-delivery business that drove results while the pandemic damaged the ride-hailing business that competes with Lyft.