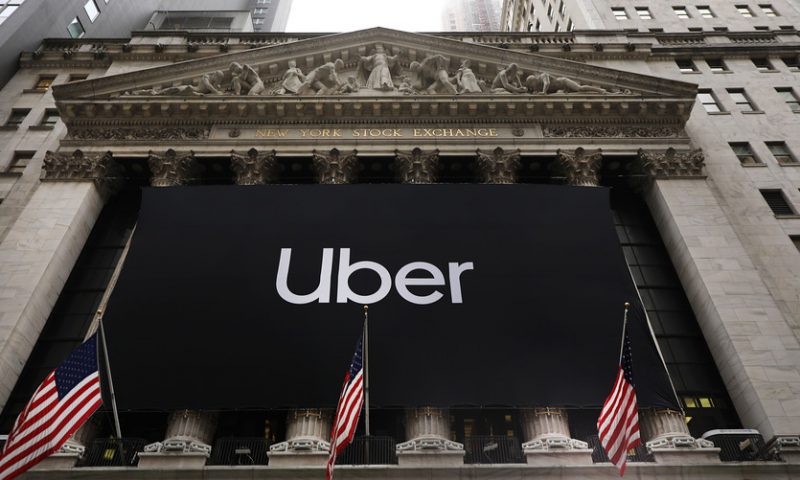 Shares of insurer James River Group Holdings Ltd. tumbled 22% Wednesday, putting them on track for their biggest one-day percentage decline since February of 2018, after the insurer said it plans to cancel all policies issued to its biggest customer, Uber’s commercial auto business Raiser LLC.

“This account has not met our expectations for profitability, and we think it best to terminate the underwriting relationship as of year-end,” Chief Executive J. Adam Abram said in a late Tuesday statement.

Pembroke, Bermuda-based James River said it expects to boost reserves for the third quarter by $55 million to $60 million net of reinsurance recoveries, mostly related to its commercial auto line with its Excess and Surplus Lines segment for 2016 and 2017. The rest of those losses stem from prior underwriting years in the company’s casualty reinsurance segment.

B. Riley analyst Randy Binner downgraded the stock to sell from neutral on the news and cut his stock price target to $40 from $45.

The Raiser account is about 20% of James River’s trailing 12-months premiums and about 35% of trailing 12-month premiums in the E&S segment, Binner wrote in a note to clients. The insurer announced a roughly $2 a share reserve charge related to the Uber risk, which is about 3% of total reserves.

“While we do not have full 3Q19 financials, the expected top-line decrease from the fall off of the Uber book, margin compression from reduced scale, and increased conservatism on reserve adequacy has moved 2019 estimated EPS from $2.60 to $1.00, and 2020 estimated EPS from $2.65 to $2.25,” the analyst wrote.

“Commercial auto has been a very challenging line for the industry as a whole and presumably more so for Uber, perhaps a function of its high profile,” Hughes wrote. “We have commented recently on the growing concern regarding the phenomenon of ‘social inflation’ which often manifests in higher jury awards, which make it challenging for insurers to accurately forecast future payouts.”

Uber shares UBER, -0.10%  were down 1% Wednesday, and have fallen 35% in the last three months amid growing concerns about a path to profitability.

US Consumer Prices Unchanged in September