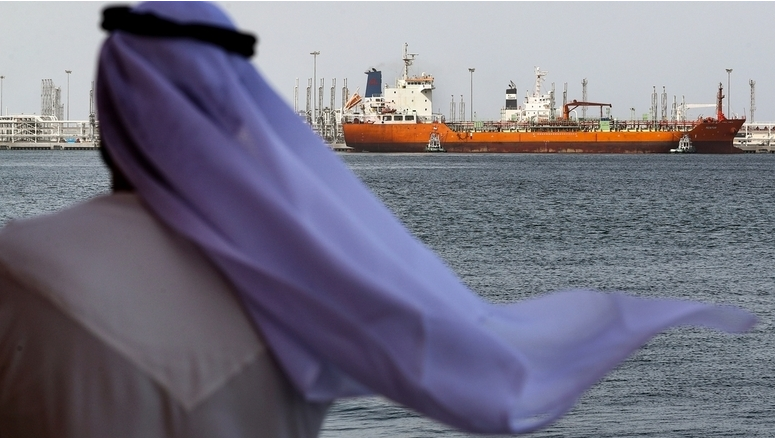 It’s business as usual for port operators and shipping companies in the UAE as oil tankers and cargo ships sailed through Arabian Gulf waters peacefully despite growing US-Iran tension in the region.

Analysts, shipping experts and leading industry players called for diplomatic efforts to defuse the tension in the wake of recent attacks on oil tankers in the Gulf of Oman that pushed insurance premiums and tanker rates to record highs despite a stable outlook for the global shipping sector in 2020.

Khaleej Times has learnt that shipping lines and port operators across the UAE have been functioning normal, with no cancellations or major changes in schedules of cargo shipping lines due to escalating US-Iran tension in the region.

“It’s business as usual in our operations,” a DP World spokesperson told Khaleej Times in a statement. To a question about the outlook in the second half of 2019, the spokesperson added: “We don’t forecast the future.”

Tensions in the Gulf have escalated in recent months amid a deepening standoff between Iran and the US over Tehran’s nuclear programme, with a string of incidents involving oil tankers and drones. Most recently, Iran’s Revolutionary Guards said they had captured a British-flagged oil tanker in the Gulf after Britain seized an Iranian vessel earlier this month.

Earlier in May, four tankers reported significant damages due to explosions off the coast of Fujairah while in June another two tankers came under attack in the Gulf of Oman causing unrest among the industry stakeholders across the region.

“The UAE is holding steady in its position as a primary hub for maritime stakeholders and key players,” he said.

Referring to recent data issued by DNV GL, he said $65 billion (Dh239 billion) was invested into ports across the country during 2018.

“Taking these figures into account, WIN GD anticipates that the UAE’s steady growth trajectory will continue throughout both the industry, and the nation, for the remainder of 2019 and beyond,” he said.

A latest report by Moody’s Investors Service said the outlook for the global shipping sector into 2020 will remain stable as higher expected earnings are counterbalanced by US-China trade tensions and worldwide regulatory risks.

“The global shipping industry is facing a number of challenges into 2020, including the effects of the International Maritime Organisation’s new regulations, which will likely lead to rising fuel costs, as well as geopolitical uncertainties, such as trade conflicts, especially the US-China trade dispute,” said Maria Maslovsky, senior analyst and vice-president at Moody’s Investors Service.

The ratings agency also mentioned that outlook on the tanker segment has turned stable from negative with charter rates rising as demand improves and oversupply becoming less of an issue as a result of reduced ordering and increased idling.

Moody’s further clarified that the key drivers of the stable outlook are a combination of anticipated earnings before interest, taxes, depreciation and amortisation growth of 16 per cent to 18 per cent into 2020 and largely balanced demand and supply growth.

“These positives are offset by downside risks from protectionist trade policies and increasing regulation,” Moody’s added.

Referring to the Baltic Exchange in London, latest Bloomberg data indicates that shipments of an average of two million barrels of cargo from Saudi Arabia to China had doubled to almost $26,000 in the second half of June.

Insurance rates also surged, with premiums averaging $180,000 following the attacks on tankers, compared to the going rate of $30,000 earlier this year.

“The vast majority of tanker owners are more or less going about with business as usual, although they have ratcheted up their safety and security precautions when trading their ships in the Arabian Gulf,” said Peter Sand, chief shipping analyst at Bimco, which represents around 60 per cent of the world’s merchant fleet measured by tonnage.

In a statement, Bimco urged all nations to do what they can do to de-escalate the situation and allow ships to pass safely through the Strait of Hormuz, a critical chokepoint for global energy markets because of its strategic position.

To avoid major disruption, Sand said it is vital for global energy trade that the Strait of Hormuz remains accessible and safe for ships to sail through.

“As long as tensions aren’t escalated the attacks are unlikely to have a more profound effect. However, the risks that the conflict will escalate remains very present and a great worry to everyone involved with oil trading in the region,” he said.

Meanwhile, the seizures of oil tankers near Iran could raise insurance rates for shipping companies and eventually reduce tanker traffic, according to energy and security experts.

“If this kind of problem continues, you might see people start to shy away from the (Arabian) Gulf or try to reflag – not be a British tanker,” said energy economist Michael Lynch.

The near-term impact will fall most heavily on the shipping industry in the form of higher insurance rates, said Lynch, president of Strategic Energy & Economic Research.

Richard Nephew, a Columbia University researcher who wrote a book on sanctions, also believes the tanker seizures could create “a real risk premium” for companies that operate in the Gulf and insurers that underwrite them.

“Certainly we’ve seen concern with this in the past on sanctions grounds, and I would imagine security groups would be a far more complicating element,” Nephew said.

Many of the 2,000 companies operating ships in the region have ordered their vessels to transit the Strait of Hormuz only during the daylight hours and at high speed. But only a handful of the companies have halted bookings.

What Consumers Can Do as Regulators Weigh Compounds’ Risks