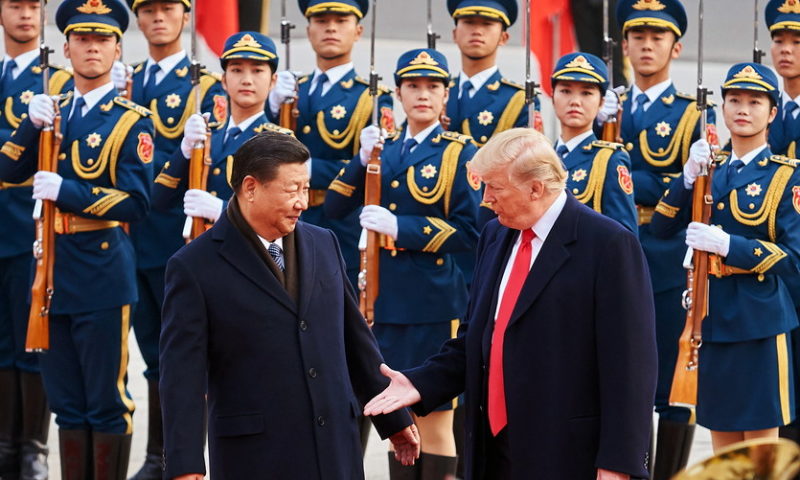 U.S. stock-index futures are pointing to a flat start for Wall Street on Thursday, as investors continue to digest headlines surrounding the potential for a U.S.-China trade deal.

How are the benchmarks trading?

U.S.-China trade concerns will remain at fore of investor minds Thursday, as they continue to digest headlines from earlier in the week that suggested the Chinese were ready to make significant concessions to their industrial policy and reduce tariffs on imported autos, while President Trump indicated he would intervene in the arrest of Huawei’s chief financial officer Meng Wanzhou if it would help ensure a trade deal with China.

On Thursday, reports that China has stopped requiring local governments to work toward its “Made in China 2025” strategy have added support to the thesis that China is willing to slow its push to strengthen its high-tech industry at the expense of foreign rival firms.

Traders are also focused on Thursday’s jobless claims data, which showed a significant decline in the number of Americans newly applying for unemployment benefits. The statistic, which is a leading indicator for labor markets and the economy, had been rising in recent months, albeit from historic lows.

What data are in focus

The Labor Department announced Thursday morning that initial jobless claims fell in the week ended Dec. 8 by 27,000 to 206,000, easing fears that layoffs have been steadily rising.

The government also announced that U.S. import prices fell 1.6% in November, their largest decline in three years, led by the falling cost of oil.

Shares of General Electric Co. GE, +10.35% are in focus Thursday, after announcing the firm would launch a $1.2 billion industrial “internet-of-things” company, and after JP Morgan separately upgraded the stock from underweight to neutral. The stock is up more than 13% in premarket action.

Aflac Inc. AFL, +4.93% stock is up 4.7% in premarket trade Thursday, after the insurer confirmed it is in talks with Japan Post Holdings Co. Ltd. to take a minority stake.

In Europe, stocks are mixed as investors digest news of the end of the European Central Bank’s bond buying program, and as uncertainty around Brexit continues to weigh on sentiment. The Stoxx Europe 600 SXXP, +0.19% was trading flat, while the FTSE 100 UKX, +0.20% was down 0.2%.